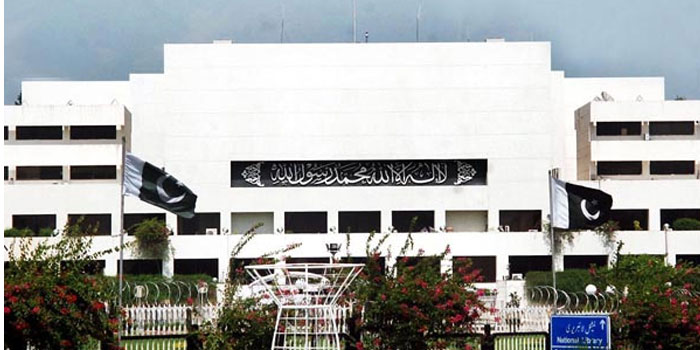 A total of 2MW solar system has produced 80 megawatts electricity since it was deployed, out of which 62 megawatts were consumed in the Parliament House and the surplus production of 18 megawatts was contributed to the national grid.

The project is being funded by the Chinese government as a gesture of friendship and an acknowledgement of the longstanding Pak-China friendship. According to details, project was completed with cost of over Rs 500 million and is sponsored by Chinese government.

Prime Minister Nawaz Sharif and Chinese President Xi Jinping, along with National Assembly Speaker Sardar Ayaz Sadiq and Senate Chairman Raza Rabbani, had collectively inaugurated the project during the Chinese president visit to Pakistan last year. After commissioning, the project would generate electricity to reduce the expenditure on utility bills of the parliament building in tune of Rs. 28 million per year.

The speaker said that this initiative has made the Parliament of Pakistan the first in the world that has been shifted on Solar Power completely. Earlier, Knesset, the parliament of Israel, was also using solar energy but it only generated 10 percent of its total energy needs through solar means, he added.

Sadiq said that Pakistan’s Parliament is the first in the country to have been issued a ‘Net-Metering” license by the National Electric Power Regulatory Authority (NEPRA). ‘Net-Metering’ mechanism helps in delivering and adding the surplus production of energy to the national grid. This very project is environment friendly as it reduces the emission of hazardous gases which invite global warming. The speaker acknowledged the assistance of the Chinese government for financially supporting this ‘Solar Project’.