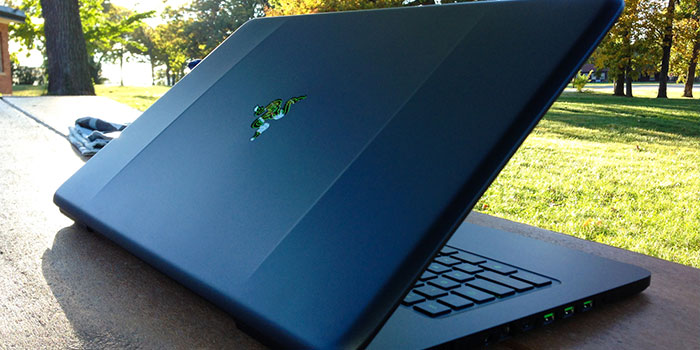 Razer, having already cemented its position as the prized high-end gaming machine maker, is now back with this year’s model for the Blade, the company’s 14-inch gaming behemoth.

For starters, the design of the new Blade has a thin aluminum chassis which weighs just 4.25 pounds and is 17.8 mm thick. More exciting is the trademark Chroma keyboard which comes with a backlit keyboard that can light each button in 16.8 million colors and has a ripple effect where backlighting trails whenever you press a key.

On the front, you get a choice of up to a 14” IGZO QHD+ (3200 x 1800) LED display, with multi-touch panel. Of course, with a Razer you expect powerful internals and that’s what you are getting. This time around, the processor which powers the machine is the new Intel Core i7-6700HQ chip, with a powerful 6 GB Nvidia GTX 970M graphics chip.

That is coupled with dual-channel 16 GB DDR4 RAM and either 256 or 512 GB of faster PCI-E M.2 SSD, which finally bids adieu to the paltry, insufficient 128 GB of previous Blade laptops.

Connectivity is majorly evolved in this new Blade, which now comes with Wi-Fi ac, DisplayPort, USB Type-C which supports 40 Gbps Thunderbolt 3 connections and HDMI 1.4b, apart from the usual USB 3.0 ports, of which three are found.

But the real reason why connectivity is such a huge deal is because of the Razer Core compatibility, which if you don’t know is an external GPU to the existing built-in GPU, which can house up to two graphic cards, that too configurable, while also bringing an additional four USB 3.0 ports and an Ethernet port. The Blade is powered by a 70Wh battery.

But arguably the single greatest feat of this year’s Razer has been the price. It hasn’t increased, and in fact has lowered by $400, now costing $1999 for a 256 GB QHD+ model, or $2199 for a 512 GB Blade. It will be available starting from next month, though, the pricing for the Core isn’t known yet.