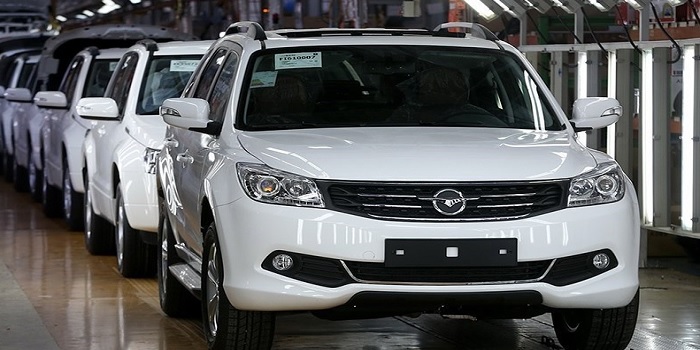 Pakistan government has been debating on an auto policy for the last five years or so, costing the country and its citizens billions so far. However, the policy has been finally approved after a long hiatus. The new policy could attract new car manufacturers from Europe or China thanks to some tax incentives for setting up manufacturing units in Pakistan.

The Ministry of Finance announced that the Economic Coordination Committee (ECC) has finally agreed to an Automotive policy for the next five years. The government, however, decided not to change its policy regarding car imports despite the Federal Board of Revenue’s (FBR) recommendation to allow imports of up to five-year-old cars compared to the current limit of three-year-old cars. FBR has also proposed to open imports for commercial purposes.

Miftah Ismail, Chairman of the Board of Investment, said that “The existing three car manufacturers will not be entitled to the benefits that are being offered to the new investors.” He added that the policy was aimed at enhancing consumer welfare and boosting competition in the country besides attracting new players. Ismail said that greater localisation of auto parts had been ensured in the policy and if the new entrants fail to achieve their targets, they would be penalised.

Volkswagen had demanded incentives for a medium knocked-down unit but the government removed the definition in the final policy. The government wants the manufacturers to establish fully functional plans in Pakistan.

The definition of a new entrant has also been changed in order to prevent new players from taking advantage of the incentives. It states that “installation of new and independent automotive assembly and manufacturing facilities by an investor for the production of vehicles of make not already being manufactured in Pakistan.”

New entrants will be allowed a one-off tax-free import of plant machinery for setting up an assembly and manufacturing facility. After the ground-breaking of their projects, new car makers will be allowed to import 100 vehicles of each model in the form of completely built units (CBUs) at 50% of the current duty for testing the market demands and conditions.

A major incentive for the new investors is the reduced 10% customs duty on non-localised parts for the next five years compared to the current duty of 32.5%. For existing investors, the duty will be reduced to 30% from the start of the new fiscal year.

Another incentive is the tax reduction, 25% compared to the prevailing 50%, for localised parts. Existing manufacturers will get a 5% reduction, down to 45%, starting July.

CBU category has seen a customs duty reduction, by 10 percent for the next two years, for cars with engines up to 1,800cc. This will help in reducing car prices offered by the current manufacturers.

After a duration of five years, a single tax rate will applied to localised and non-localised parts. However, the current duty structure will continue for seven years for newcomers. The Board of Investment will offer a single point of contact for all new investors. Those planning to enter the market will be required to submit a detailed business plan and relevant documents to the Engineering Development Board (EDB) for assessment.

Incentives have been announced for the revival of sick or non-operational manufacturing units. Non-localised parts can be imported at 10% and localised parts at 25% for the coming three years when resetting a sick unit.

There was always a chance that some of the stakeholders in the Pakistan automotive industry would not be happy with the new policy. Pak Suzuki, the largest car maker in terms of market share, calls the policy a “disaster”.

A spokesperson for Pak Suzuki, Shafiq Sheikh, said that “The government is requesting auto companies to come and invest in Pakistan. On the other hand, it is not giving equal incentives to the existing players who are ready to invest billions of rupees.”

The government and the consumers were irritated by the lack of competition in the local market and how the three Japanese manufacturers were monopolising offering expensive cars with limited functionalities and improvements each year.

On the other hand, Suzuki, has offered to invest billions in Pakistan if the government offered them the same incentives as the new entrants. The government chose to stuck with their earlier stance on promoting competition by only providing new entrants with duty discounts. This would help the newcomers in setting up and competing against the established manufacturers.

When asked whether the company was still willing to invest in Pakistan after the new policy announcement, Sheikh said “We would just request the government to reconsider the policy.”

The FBR was the lead voice opposing any move to provide equal incentives to existing manufacturers in the market. FBR said in a statement “The existing carmakers have been enjoying the protection and incentives for decades.”

The current manufacturers would be happy for the time being as the government did not increase the age limit for car imports. Pak Suzuki spokesperson said “The ECC’s decision to maintain the current three-year-old limit on used car imports is the only thing that is positive for the existing carmakers in the auto policy.”

The current manufacturers will obviously not be happy with the current auto policy. They were enjoying huge profits and offering less than adequate cars. Furthermore, the current car makers failed to meet local demand and customers had to wait months to buy a car.

An effective auto policy should have caused less reaction from the existing manufacturers, helped increase employment, and helped increase car manufacturing and competition in the market in order to facilitate the average consumer.

The auto policy may have come close to the requirements but it has irked the current manufacturers. Resentment amongst the current manufacturers might put off some of the new investors as well. On the other hand, it was the need of the time, although the government could have announced a greater decrease in duties for current car manufacturers in the recent future. This would have kept them happy and the population could have enjoyed cheaper cars before the newcomers release their cars.

It’s also important to note that the current infrastructure in Pakistan will not be able to handle the sudden increase in the number of cars. If Pakistan had a better public transport system, this could have reduced the number of cars on the roads even if car sales continued to rise, like most established markets in the world.

At the end of the day, the consumers should benefit from this policy. European car makers like Audi, Volkswagen/Audi, Fiat, Renault and other Asian makers like Nissan, Hyundai, Kia, Zotye, JAC, Changan, Geely and Chery would definitely be interested in considering Pakistan as their future market. Pakistani citizens need high-quality, affordable cars and this would help in that.

It would be interesting to see what the current manufacturers will come up with to compete against the newcomers. They obviously need to improve their image amongst the consumers and time might be running out for them. We sure hope that whatever happens, the consumers and the investors should both benefit from the outcome.