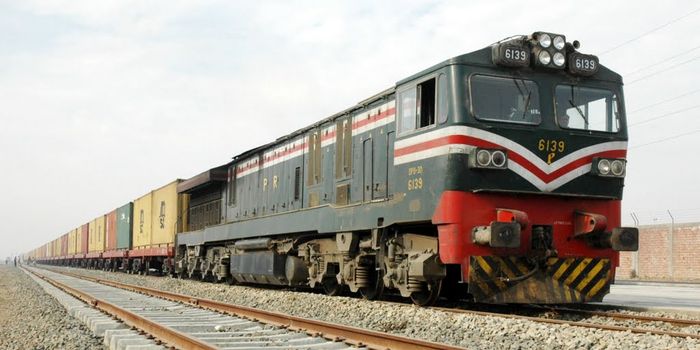 Update: The e-ticketing system for Pakistan Railways will be launched on June 2016. United Bank Limited has been awarded the tender for the same.  People can purchase tickets for their train journey from any authorized shop.

Minister for Railways, Khawaja Saad Rafique, has revealed that Pakistan Railways will start an electronic ticketing system during the current year and that work on the project has being expedited.

While making the announcement at the inauguration of Karachi Express, the minister said that United Bank Limited (UBL) has offered its services for the e-ticketing system.

Pakistan Railways is used by thousands of citizens, from all over the country, every day. Passengers will be able to pay for their tickets online via credit/debit cards, online bank transfers or micro transactions (UBL Omni, Easypaisa, Mobicash etc.)

With the launch of the digital ticketing system, passengers will be able to book and pay for tickets from the comfort of their home using computers or mobile phones.

A digital system has added benefits like greater seat capitalisation and less chances for corruption. Everything will be handled electronically so tickets can be booked quickly and efficiently with nil human interaction. Thus, the likelihood of railway officials charging extra premium in rural or distant railway stations will be virtually zero.

Is this the first initiative of its kind in Pakistan?

It is interesting to note that Pakistan Railways used to offer an e-ticketing service a few years ago. The service was launched in 2008 but was sidelined when the new management took over. Details regarding the reasons behind the termination and relaunch of the online ticketing system have not been stated.

The minister also said Rs 65 million had been spent on the refurbishment and upgrade of the Karachi Express train. Several modern facilities have also been introduced and therefore the expense for refurbishment went up, said the minister. He said that the fare of the journey had not been increased and charges for all classes will remain the same as those of the Business Express Train. The expected earnings of the train are projected to be Rs. 3.95 million per day.

Mr. Saad Rafique informed that work on several projects, including those related to the China-Pakistan Economic Corridor (CPEC), and upgrades of the railway stations are underway. Pakistan Railways is looking to improve its facilities and will also be purchasing 200 locomotives during the next fiscal year.