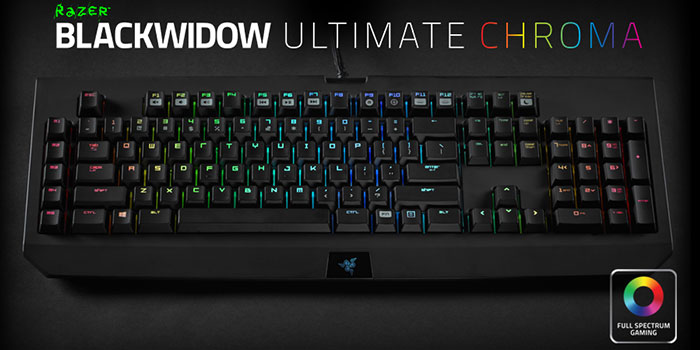 Mechanical keyboards, while clearly superior, have failed to get the success some might have expected and that’s partly because of their price which keeps them inaccessible for majority of users. However, that might change now with players like Razer bringing in one of their budget products now.

That being said, the price will still keep it away from a large audience right now. The new Blackwidow X starts at $130, which is just $10 cheaper than the model it replaces.

The Blackwidow X features Razer’s home-baked Mechanical Switch design which ensure a lifespan of 80 million keystrokes (up from 50 million), or 4-5 years of normal use. A very important Razer touch, the customizable Chroma lighting (with 16.8 million colour options) is retained for the entire keyboard despite the budget nature, meaning for titles such as Overwatch and Call of Duty: Black Ops III will offer more interactive experiences.

Naturally, a few cuts were made to keep the costs down. There are no additional USB ports at the top, nor is an additional top matte layer but hey, you can’t have everything in life.

If you are interested in something even cheaper, Razer will try to cover you with older Blackwidow X Ultimate and Tournament Editions with their Cherry MX Blue switches (with 50 million keystroke lifespan), rather than Mechanical Switch, which start at a very tempting $60 and go to $90.

Both will be available via Razer’s own Store, but should be more readily available in online stores in the coming few months.

Considering mechanical keyboards aren’t popular despite their merits, Razer might just provide the impetus needed to make them mainstream.