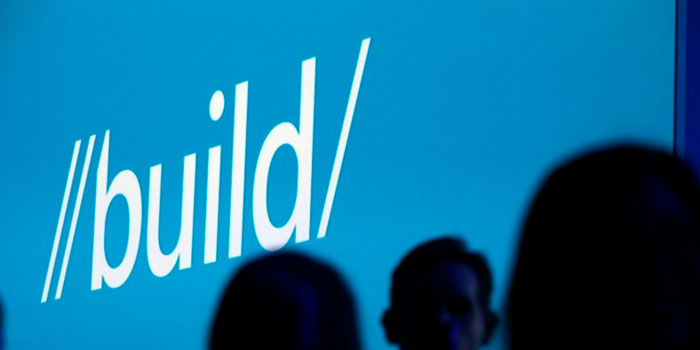 Microsoft holds a Build Conference every year and recently these developer events have transformed from snoozers to exciting occasions. Last year, the company came up with Windows 10 – a major winner, Cortana – a reliable virtual assistant and HoloLens features – detailing what the product could possess as the leading AR product.

Let’s go through the 10 most important announcements at the 2016 edition of Microsoft’s Build Conference.

Probably the most important announcement, as far as the future is concerned, was the revelation about bots. Conversations will be the next platform for computing and it’ll be handled by AI (Artificial Intelligence) bots. These bots will respond to what people say.

Satya Nadella said that Microsoft had made an error with Tay, the teen social bot. Tay made some racist comments and was shut down after one day. It was re-enabled yesterday for a few minutes before it was shut down again due to a major glitch. Nadella said they want to get the best of humanity, not the worst. But perhaps, the bot got too close to humans and represented the real face of how humans act.

Nadella says that human language will be the next UI layer, bots will be the new apps and virtual assistants will be the new meta apps. AI will be behind it all and will be integrated into other services like Skype. Cortana is an example of an AI bot from Microsoft which works within a browser and Skype.

As far as the developers are concerned, this was the best announcement. Microsoft will be making it easier than ever for Bots to communicate with any of the chat apps whether it be WhatsApp or Slack. The company also revealed some new tools for bots and gave an example of how to create a bot for Domino’s Pizza using these tools. These bots will support natural language and will be able to communicate with multiple apps.

All of this run using Cortana Intelligence Suite, which runs using Microsoft Bot framework. It is a cognitive services platform like computer vision and natural language which the developers can make use of. The platform includes 22 APIs, available from today.

Windows 10 Anniversary Edition will be getting a huge update in terms of Cortana’s abilities. It will understand events based on time and predict calendar appointments based on emails and texts. For example, it can identify what you were working on last night or where you were last week.

Cortana is also coming to the Xbox to help gamers find new titles and to share tips & tricks on gameplay. It will work better with third party apps, depending on the developer’s level of integration.

Microsoft is pushing Skype to be something superior compared to the rest of the communication apps. Skype will now be able to talk with Cortana, which will communicate with another bot and communicate the user commands properly.

A demo was shown on how a bot from Cups and Cakes asked for an address to complete a delivery. Cortana was a broker in the conversations and displayed a map with info on the estimated arrival time. It can also reply to people just like Google Smart Inbox replies.

All of this can work inside of a Skype call as users can add video bots to the chats.

The Next Windows 10 Update

Microsoft is calling it an “Anniversary Update” for Windows. It will include a few new features and improve Windows 10. The OS and its browser will be getting biometric authentication in a new and improved manner.

Microsoft talked about a Universal Windows Platform. It will be open and will work across all Microsoft devices, be it a smartphone, PC or HoloLens. There’s a new Linux command as well, which convert legacy apps to the app platform.

Microsoft started off with the announcement that Forza, the popular racing game, will be created as a universal app for Windows. So the same game will work on Windows and Xbox. The same goes for Quantun Break and Killer Instinct.

That desktop app converter mentioned before will also work with win32-based games. The company showed off how Age of Empires II HD can be downloaded from Steam and converted to a universal app. It works on the latest games like the Witcher 3 as well. These games get the same Live Tiles and Notifications after the conversion.

Xbox One now doubles as dev kit too. Games and apps can now be developed using any retail Xbox One. Desktop apps run fine on the Xbox and the software displays how an app would look like on a big TV screen. A preview of the dev mode for Xbox is available from today. Finally, Microsoft is creating a new unified app store which will work across PC and Xbox.

Yes, the HoloLens is now shipping but only to developers. It is not meant for consumers and will cost a lot, but what it means is that the hardware is nearly finalised and it’s close to being on sale.

The first HoloLens app is Galaxy Explorer, an interactive set of holograms of planets and galaxies which can be manipulated via gestures. The app and its source code are available to developers now. NASA also showed off OnSight and Destination Mars for HoloLens which will let the user walk the red planet from a scientist’s point of view.

A couple universities displayed their medical apps for HoloLens. There was an anatomy program which showed a real life body and all its organs. A professor from across the country, connected as an avatar and taught a lesson to the students in great detail.

Stylus will be getting improved support from now on thanks to “Ink Workspace” which consists of a few pen-powered apps. Write a sticky note with a stylus and Cortana will automatically remind you when it is time to do that task. If you draw two points of interest on a map, it will automatically tell you the distance and the directions. Dragging on text will automatically highlight it and so on.

Microsoft also showcased a bunch of virtual stencils and rulers which will help in drawing on a screen.

The software giant showed off a new tool for developers which will let them convert all of their existing 16 million apps to the new universal platform.

Bash – “Bourne Again Shell” – will now be available in Windows. What it means is that Windows will support Linux and native Ubuntu commands and binaries will run on Windows. To top it off, Microsoft and Canonical worked on it together.

It’s a big deal for developers who had to use Linux or third party tools to code using Linux commands. Now all of that is built into Windows.