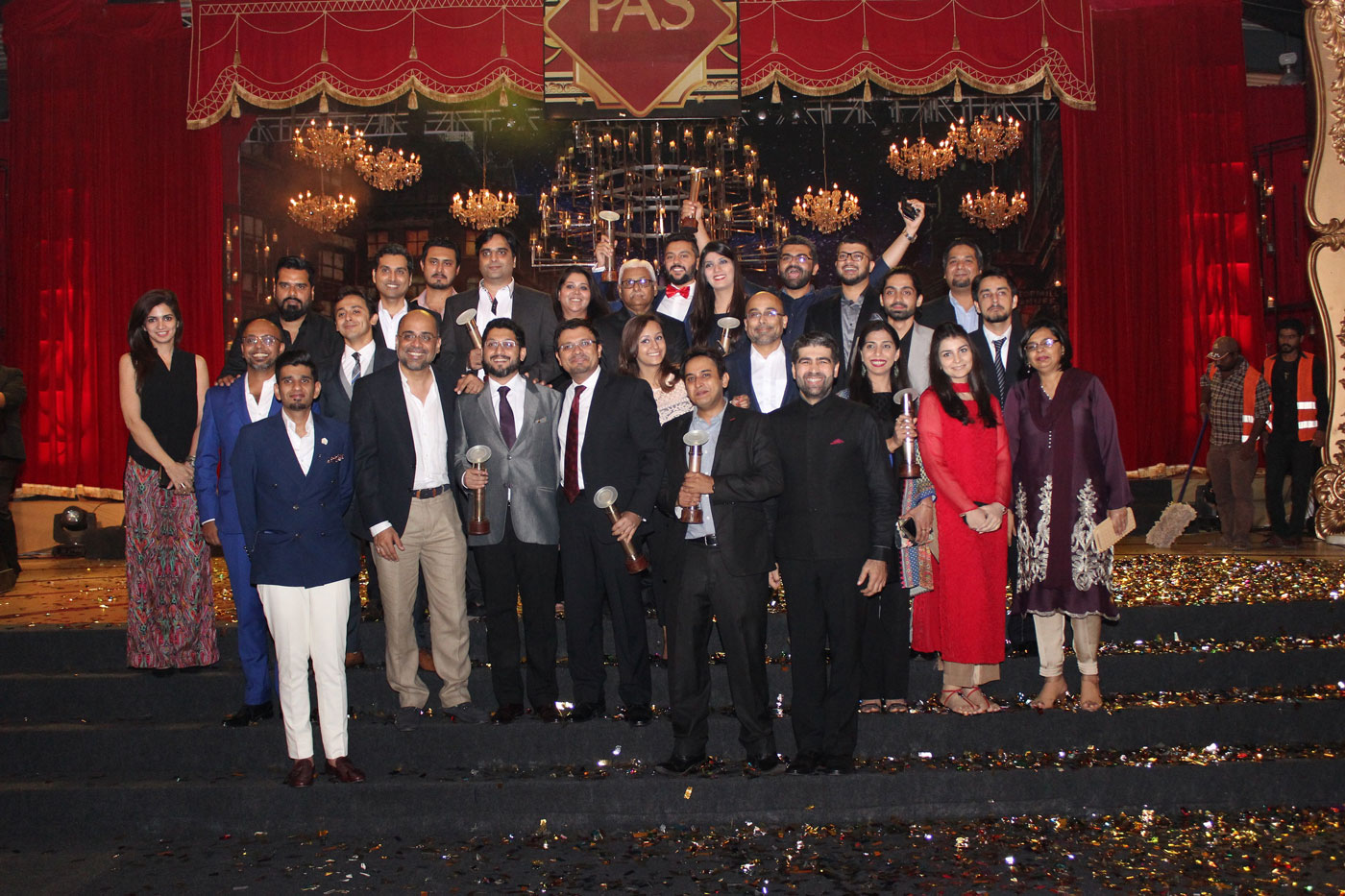 The PAS Awards, organized by the Pakistan Advertisers Society, and one of the most recognized and prestigious award programme of the marketing and advertising industry, awarded jubilant winners at a star-studded gala awards function held at the Expo Centre in Karachi this weekend.

Presented by Tarang in association with Nestle Fruita Vitals and Filmazia entertainment, this year, apart from the 12 regular categories, Pakistan Advertisers’ Society introduced 9 special categories and 3 special awards that honoured the most innovative marketing and advertising efforts of 2015.

The PAS Lifetime Achievement Award was given to Tariq Ikram and to Senator Pervez Rashid, Minister of Information and Broadcasting presented this prestigious award.

In strategic partnership with ESP Group M and Urdu1, the show was directed by Yasra Rizvi. The Red carpet was hosted by Sadar Xin Khan and Hira Hussain and celebrities and presenters were managed by Moiz Kazmi.

The regular categories spanning across various segments had an overwhelming response this year from the agencies and brands across Pakistan in the running to win the PAS Awards 2016.