This $44 million fiber optic cable is being laid between Pakistan and China and it will become another high-speed international connection to cater to the rapidly growing Internet traffic needs of Pakistan.

We aren’t sure why there’s a ground breaking ceremony today, as the project was planned almost five years ago and is already being worked on under CPEC.

According to the Economic Affaires Division (EAD) China has already released $11.24 million for establishment of Cross-border optic fiber cable. 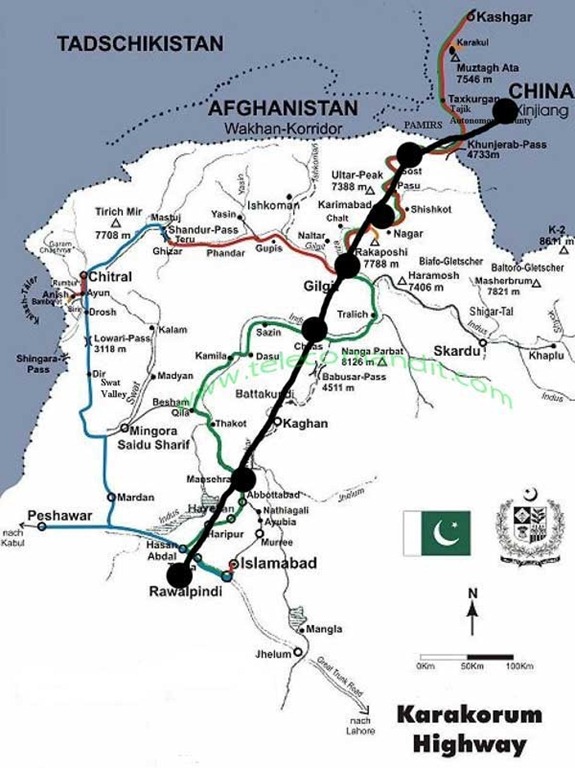 The task of the project to lay 820 km long cable between Rawalpindi and Khunjrab has been given to Special Communications Organization (SCO), which will be completed in two years.

When completed, this back-haul fiber optic cable will provide Pakistan with a direct telecom access to China, Central Asian States and from there to Europe and to and from the United States.

This back haul fiber optic link was planned long ago and was in fact due for completion by 2015, however, it is now perused under CPEC and may finally get delivered as per promised timelines.

Pakistan is currently connected with the world through four undersea fiber optic cables, while another five are being built and will be operational in the next couple of years.

China and Pakistan have also signed agreements for up-gradation of 1,300-kilometre Karakorum Highway connecting to Islamabad.

In addition to China’s grant, the Exim bank China has agreed to provide the government a concessional loan at an interest rate of 2 percent per annum for cross boarder optic fiber project.

Pakistan will greatly benefit in terms of enhanced security and revenue from the state of the art optic fiber project between Pakistan and China, which will be undertaken by Huawei.