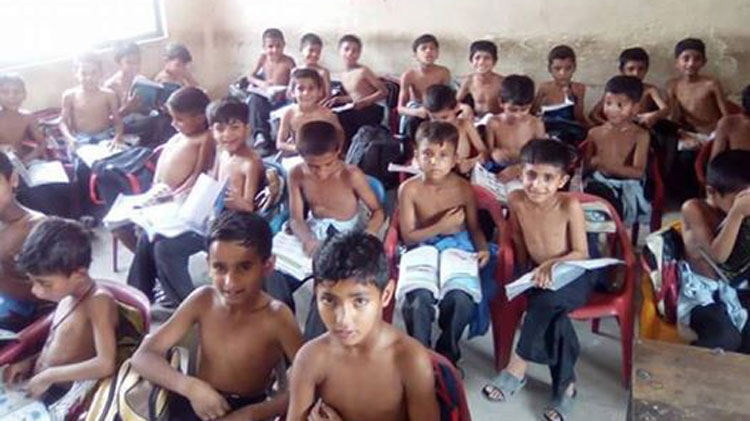 Pakistan’s education sector is in serious need of attention and care. This applies to the dilapidated state of Pakistani schools, lack of trained teachers, bureaucratic hurdles and  prevalent cultural attitudes in certain regions.

Alif Ailaan and Sustainable Development Policy Institute (SDPI)’s report on the state of Pakistani education is damning to say the least. For starters, Pakistan has missed its Millennium Development Goals when it comes to education. The report also points to how uneven the makeup of Pakistan’s education sector is in – with 81pc of it catering to primary schooling. 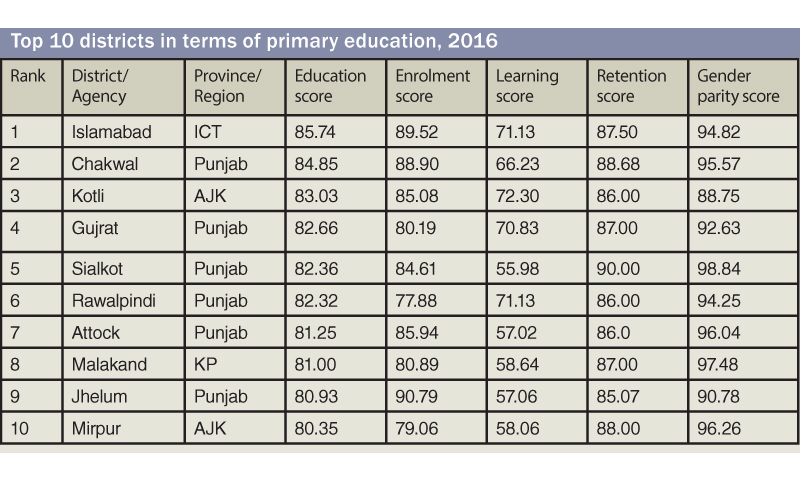 Districts and their Level of Primary Education (Source: Alif Ailaan)

This observation is in line with the recent report released internationally that lists Pakistan’s Higher Education levels as one of the weakest in the world. Does that mean that once a child finishes primary schooling, their opportunities to pursue higher studies become limited at best?

Observers point to political interests having played a role in this pathetic state of affairs.

Usually this happens because MNAs and MPAs consider primary schools an easier way to get approval for, instead of for secondary or higher schools. In fact, the minimum requirement for setting up a primary school is a headmaster who can double as a teacher, a peon, and a two-room building, according to an education official.

“The rankings highlight the systematic inequalities among the districts and the regions in Pakistan. The state of education in the districts of South Punjab, Balochistan and Fata is worse than some of the sub-Saharan African countries, while the districts of North Punjab emulate developed countries like Canada”. – UNDP Country Director Marc-Andre Franche

Pakistan’s education score has declined by 4 points overall. This is all the more alarming because the score was consistently showing improvements in the previous years.

The education score is the culmination of various factors such as access to schools, quality of education and premises, enrollment, retention rates, attendance and more.

When it came to cities, Islamabad had the best indicators where retention scores were concerned, Retention here basically means the number of children who kept to their studies from class 1 to class 5. But Balochistan’s performance was the poorest in this regard, with a retention score of below 40pc.

Pakistan has the most out-of-school children (24 million) in the world, a figure second only to Nigeria’s

Rawalpindi, which used to top the rankings for primary schools in the previous years, shockingly slipped down to 6th position out of 8th this year.

Overall, politics has played a huge role in the declining quality of education in Pakistan this year. Many elected representatives’ performance in this regard can be seen below: 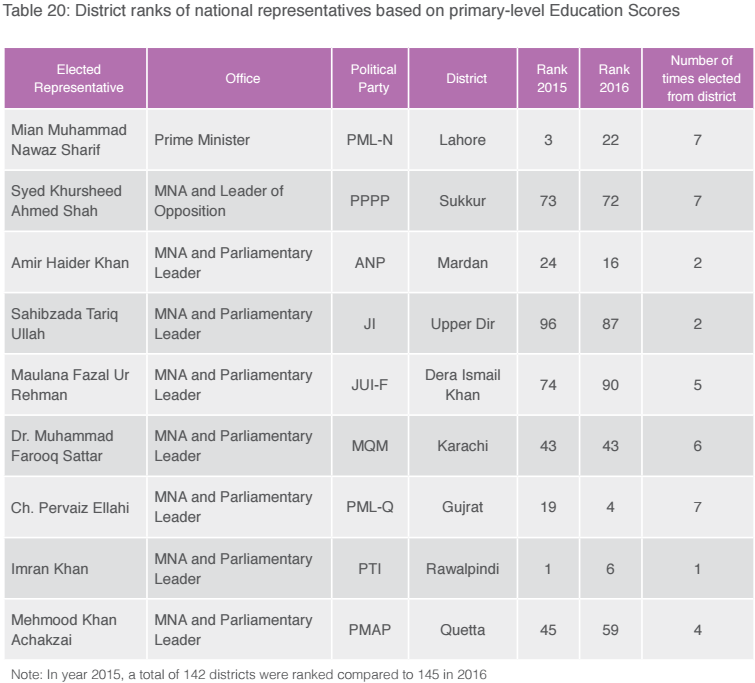 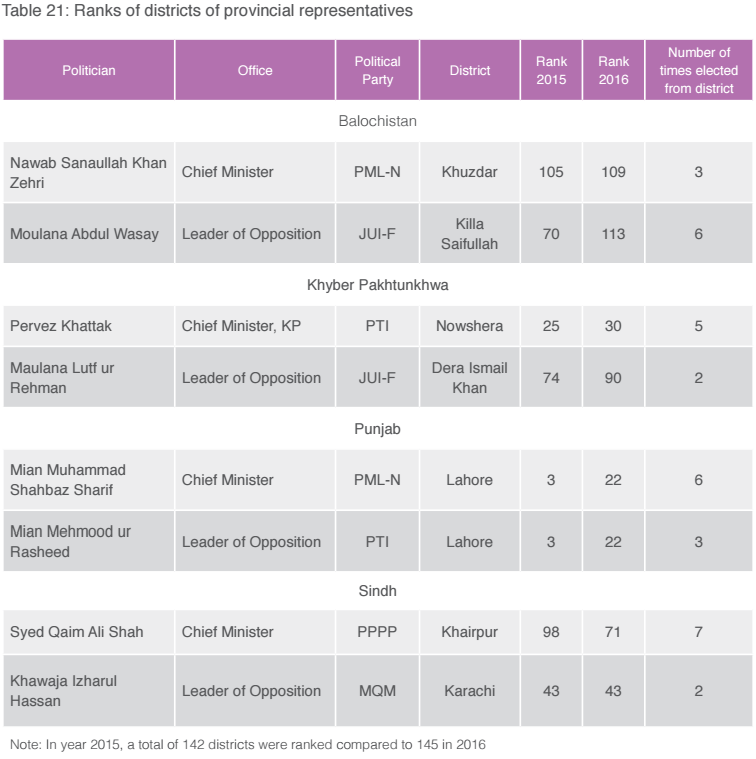 Alif Ailaan’s District Education Rankings 2016 make for an in-depth and interesting reading about what has brought about the decline in education levels throughout the country. To address the country’s education emergency, all stakeholders are required to come together and work until its too late.