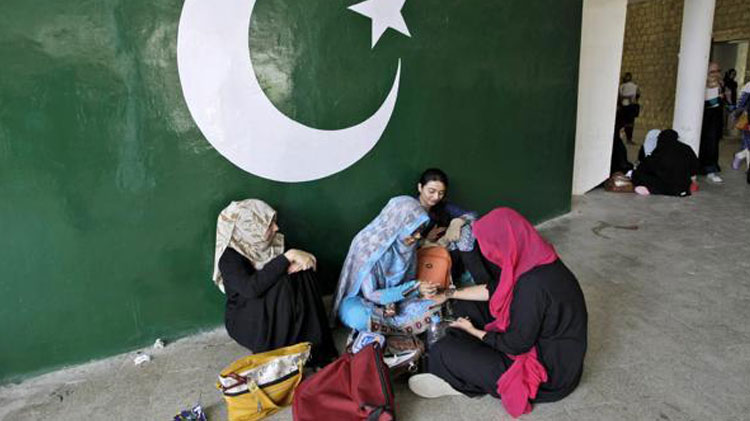 The government likes to remind people that all is well and hunky-dory in the country when it comes to availability of jobs. But recent events have had them occupied with fighting tax evasion charges instead of governing the country as they’re so fond of reminding the people of Pakistan from time to time.

All this is the norm in Pakistan. But you know what shouldn’t be the norm here?

Masters’ graduates applying for menial, low-paying work. They have to do with peon, gardner or other similar work for which they’re ill-equipped and over-qualified for.

Such is the case of unemployment in many places in the country, but Chakwal’s example has become certainly grave.

33 year old Noshaba Irum from the Karhan Village near Chakwal holds a master’s degree in Health and Physical Education. She could be able to find a suitable job based on her academic credentials.

But unfortunately, the only jobs she could find were those of a peon in the Education Department of Chakwal.

Noshaba’s case is hardly the only one. There are some 2000 graduates with post-graduate degrees who recently applied for the 653 class IV posts that were announced by the Chakwal Education Department. The posts attracted as many as 23,000 applications, perfectly illustrating how rampant unemployment is around the district.

In fact, some 9,000 candidates were present on the day of the job interviews on Sunday. A stampede also occurred with 2 candidates injured and police called in to disperse the crowd.

To make matters worse, these jobs are not filled on merit, but rather on the recommendations made by the local politician. Nepotism runs rampant and deserving people are pushed to the background.

Sources reveal that the interviews process is just a facade, as jobs are already distributed to the favorites by the local authorities beforehand.

“Recruitments against class IV posts are always made on a political basis.” – An Education Department Official.

Its Time to Combat Unemployment and Nepotism in Government Depts

This is certainly no way to do fair by the people. And I’m sure most of our readers agree. Alif Ailaan’s recent report on the state of education being victim to politics also points to the same.

This is not how nations are supposed to progress. It is hoped that the concerned higher ups take notice to this blatant misuse of public authority and nepotistic practices so that meritorious graduates secure their livelihoods that is commiserate with their skills and discipline.