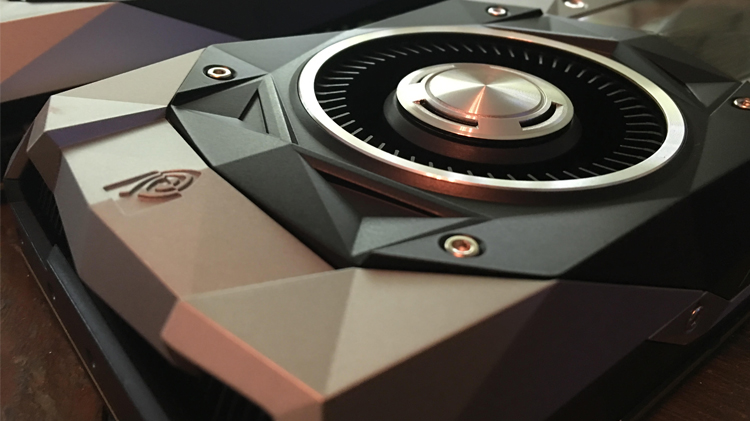 Nvidia recently unveiled their newest entry in the 1000 series, the GTX 1080. It blew every other high end card the company offered (including Titan X and 980Ti) out of the water with its performance and specifications.

The lower end card is expected to cost $380 – $450 (Rs 40,000 – Rs 47,000). Some sites have already received test versions and based on extensive testing periods of a week, it really delivers on the hype and promises made by Nvidia.

Here’s 5 reasons why you should consider the Nvidia 1070 as your next graphics card.

This should be the most obvious reason as most PC gamers aim to buy cards around the Rs 30k range. Although it would cost around Rs 40,000 when it arrives (possibly more due to import charges and what not) the rest of the specs for this graphics card warrant a purchase even if its a bit higher than your budget. It holds up well even to the 980Ti, which costs over PKR 80,000.

When comparing performance with other graphics cards, benchmarks are often the go-to comparison tools, especially the ones which use games to compare performance, rather than benchmarking tools. The following graph compares the GTX 1070 against GTX 1080 and GTX 980Ti.

With performance close to (and sometimes surpassing) the GTX 980Ti, the 1070 is no slouch. As mentioned earlier, it costs half the amount 980Ti costs, all of it while offering similar performance. The numbers speak for themselves. Here’s what PCGamer had to say about it:

If you were wondering about Nvidia’s claims of beating a Titan X in performance with a $380-$450 GTX 1070, well, we can safely put any concerns of cherry picked benchmarks to rest. It’s the real deal.

Polygon mentions that GTx 1070 draws 150 watts of power, a lot less than the 250 watts consumed by the Titan X and the 980Ti. This should help people who are thinking about a graphics card upgrade without adding a bigger power supply unit. Less power usage also means lesser impact on your power bill.

Some of us like to push what we have to the limits to gain that extra bit of juice out of the graphics cards, and sometimes even a boost of 5 – 7 fps can make a game smooth (from 52-3 fps to 60). GTX 1070 includes GPU Boost 3.0 which adds the option to change “frequency offsets for individual voltage points” which would increase the efficiency while adding more power. GPU Boost now also allows for  overclocking scanners.

Having a graphics card which performs as good as the GTX 1070 would mean that you wouldn’t need an upgrade for quite a while. It can easily play any modern game at 1440p and comes with a host of technologies which will ensure that it doesn’t get outdated. Add to it the fact that it seems to be the best FPS per dollar card out there and you’ve got an enticing package.

What do you think? Will you be buying the Nvidia 1070 or waiting to see what AMD has up its sleeves? Let us know in the comments below!