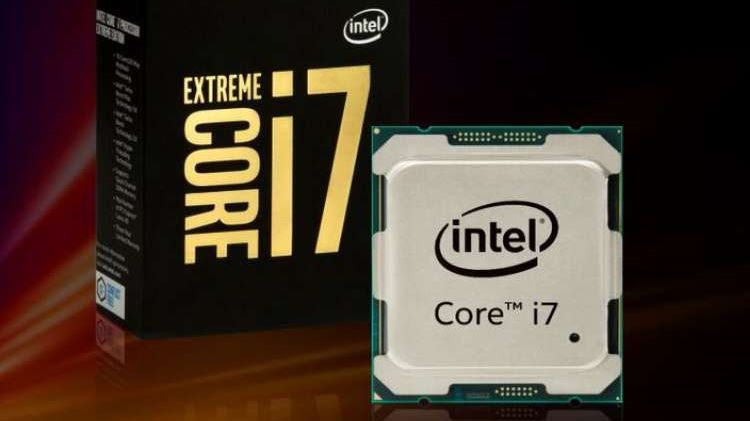 Some years back in the desktop processor market, the megahertz race was in full swing. But gradually it has almost died out and now the race is all about how many cores can be crammed inside a processor.

Today at the Computex 2016 event, Intel announced its first  10-core desktop CPU, the Core i-7 6950X Extreme edition. Before we tell you its remarkable features, we need to inform you that this processor will cost you a whopping $1,700!

With the price tag out of the way, lets take an in-depth look at the processor.

Whats makes it so expensive & special?

Such an expensive processor must have an exceptional set of features to compliment its price. PC World magazine has reported that this processor runs at a speed of 3 GHZ and this speed can be boost upto 3.5 GHZ via boost mode.

This silicon chip features a 25 MB cache and Intel’s new technology named Turbo boost 3.0. You can even overclock it to 3.8 GHZ if the need arises!

Its a Processing speed monster!

If you love gaming, then you are in for a great ride with this as its 25 percent faster than the 5960X while you are gaming in 4K and also with encoding and broadcasting a 1080p Twitch stream.

This new Extreme edition i7 processor will also be available in the following variants:

Overlocking simply means you can increase the processing speed of the processor upto a designated speed by the manufacturer.

All of the new variants of Intel’s 10-Core processors are completely unlocked which means you can overclock them according to your requirements.

All of these new chips also support DDR4-2400 RAM which gives it their enhanced speed as compared to previous generation of processors.

Lets have a detailed look at the specifications of this chip which make it a unique processor in many aspects.

If you are looking to compare it with some other previous Intel processors, this table will give you a clearer picture about the features of this new processor: 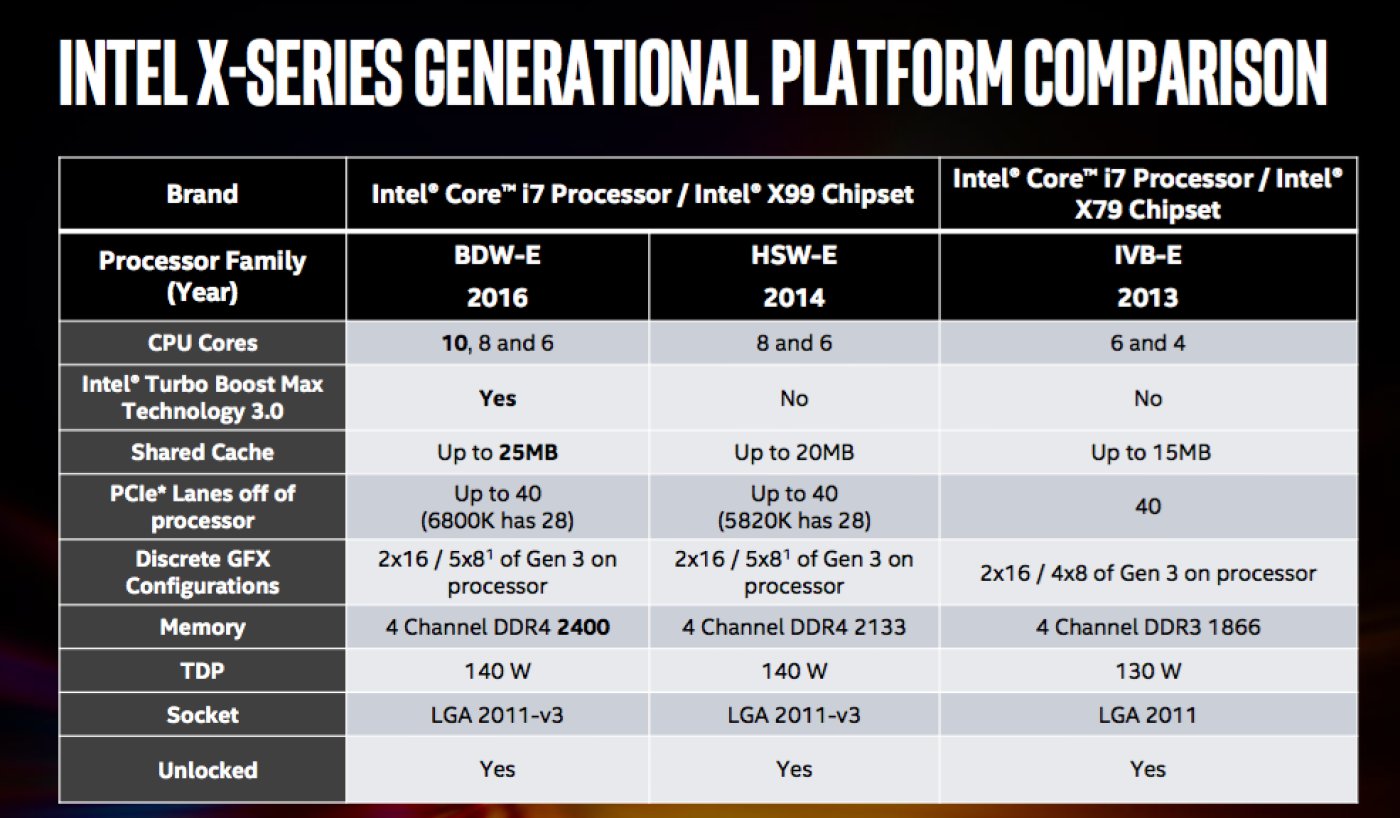 We concede that these might be the most costly processors from the 6th generation series.

If you are thinking to get your hands on this chip then you must be mindful of the soon-to-be launched 7th generation processors and that it wont be wise to splash money on this chip.

This new processor mainly targets customers who are looking for high data processing speeds such as professional video editors and enthusiastic gamers who can’t afford to wait.

Presently AMD has an 8-core processor, so this new processor has put Intel a step ahead in this race.

Although the AMD processors are very much cheaper than Intel’s processors, if you are on the look out for a powerful CPU and are willing to pay for its price, then this 10-core chip is exactly the deal for you.