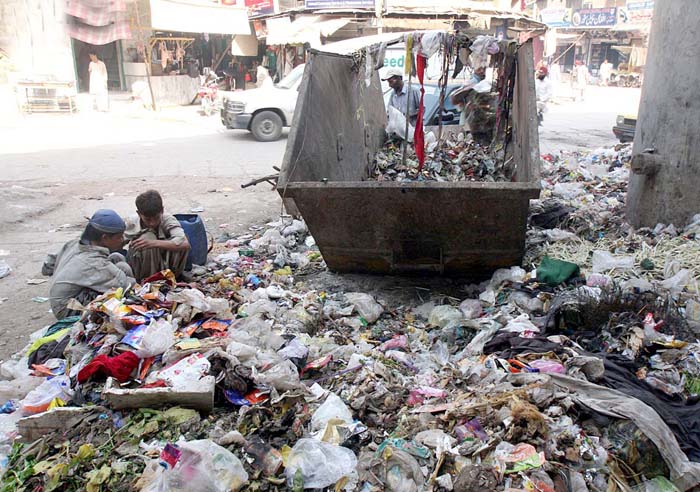 World Health Organization has revealed that most of the cities in the world are going above and overboard when it comes to air pollution levels.

But what should catch the eyes of Pakistanis and its managers is the inclusion of Peshawar, Rawalpindi and Karachi among the most polluted cities globally.

The cities currently occupy the 2nd, 4th and 14th most polluted places positions in the WHO ranking, respectively.

Its a truly alarming development that can prove to be disastrous for the citizens of these cities.

Overall, air pollution has steadily risen by 8% since the last 5 years. WHO estimates that more than 3 million premature deaths are caused by air pollution alone, making it one of the biggest environmental risks to human health.

The latest data collected between 2011 and 2015 revealed that 98% of the cities with more than 100,000 inhabitants in middle to low income countries do not meet WHO air quality standards.

There are 3000 cities in WHO’s air quality database, out of which Onitsha in Nigeria topped the list. It was recorded to have more than 30 times the number of PM10 particles than the recommended levels set by WHO. Peshawar was second, while Rawalpindi came in at 4th place.

Nigeria and Saudia Arabia were also one of the top contenders for the most polluted cities in low and middle income countries with Kaduna and Aba in Nigeria, and Riyadh and Al Jubail in Saudi Arabia.

Highest levels of pollution in mega cities (with population exceeding 14 million) was recorded in Delhi and Cairo.

Its Not All Doom and Gloom

Director of WHO’s Department of Public Health, Environmental and Social Determinants of Health, Dr. Maria Neira commented on the findings of the report:

“Urban air pollution continues to rise at an alarming rate, wreaking havoc on human health. At the same time, awareness is rising and more cities are monitoring their air quality. When air quality improves, global respiratory and cardiovascular-related illnesses decrease.”

A Warning for Us

A country-wide policy of cleaner public transport services is sure to have a major impact on the level of air pollution in Pakistan. The federal and provincial governments should enact policies for the same while at the same time, offer incentives to partners and investors working for green industry initiatives.

Industrial waste production should also be decreased by placing limitations over waste production and similarly giving the industrialists incentives for efficient and timely recycling of waste.