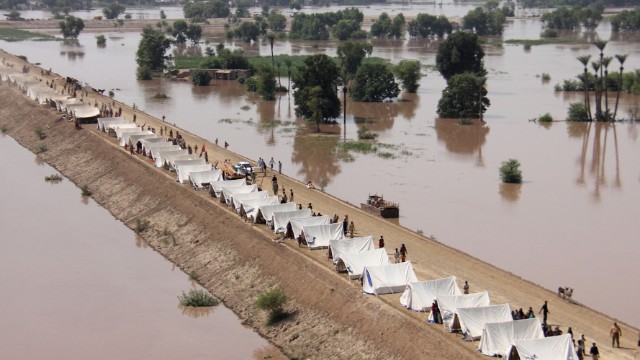 With a new wave of thunderstorms and heavy rain predicted to continue this week, a meeting was held in Islamabad on flood preparedness and the forecast of monsoon rains at the Pakistan Meteorological Department (PMD). The PMD revealed that the country’s seven flood warning radars are now obsolete and need immediate upgrades.

How Bad is the Situation?

The main cause of floods in Pakistan is mainly the lack of early warning systems installed at sensitive locations. The radars are an integral part of these systems.With obsolete radars, it makes it hard for PMD to predict floods early to minimize the losses.

The latest flood warning system in Pakistan was installed at Mangla in 2004, even though the lifespan for such systems is 10 years. Other warning systems are much older and some go back to 1978, highlighting the severity of the situation. Even though there have been multiple flash floods in KPK since 2010, the only warning system set up in the province was in in 1994 in Dera Ismail Khan.

According to the federal minister, the concerned departments should take pre-emptive measures to deal with the flooding situation in view of monsoon rains this year. He said,

They should be prepared to minimize losses caused by the expected high-floods in the country in the coming monsoon season.

He instructed to plan in advance to carry out relief activities and provide medical facilities in case of an emergency situation. It is predicted that the monsoons rains will be 20 per cent higher than normal rains this year.

The official said that as a part of this project they would install radars in Gwadar, Zhob, D.I. Khan, D.G. Khan and Quetta. There are additional plans to install 40 observatories in the remaining districts which would cost Rs 3.7 billion.

The remaining cost breakdown is as follows:

A Modern EWS is the Need of the Hour

PMD Director General Dr Ghulam Rasul, said that a new radar system was being set up in Mardan (after the losses caused by flood in Chitral last year) and it would start operations by 2017. He added that flood catastrophe cannot be avoided without upgrading our early warning technology.

Given the threat posed by floods and their increased frequency over the last few years, the government is motivated to modernize the EWS system.

A modern early warning system would not only help Pakistan’s mountainous regions but also glacial regions where Glacial Lake Overflow Floods have become a worryingly common sight due to melting of glaciers and monsoon rains.

With increased frequency of floods, there’s a need for immediate action to upgrade the EWS and advance planning to deal with any emergency situation throughout the country.