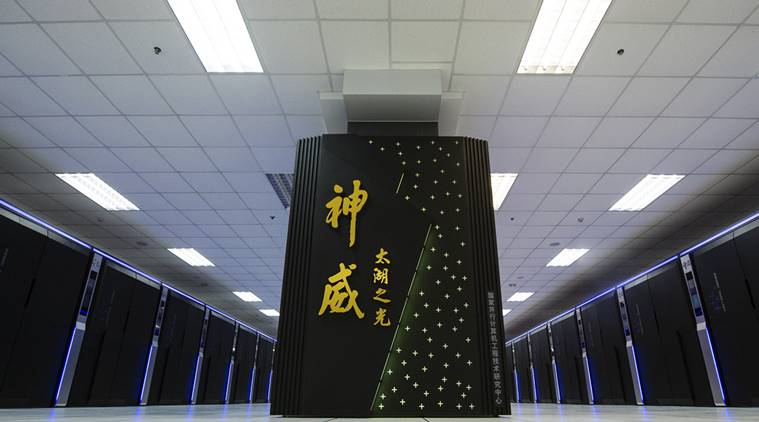 The most surprising thing? All of it was built from Chinese-developed microprocessors.

In the half yearly release of the list of Top 500 supercomputers in the world, China’s Sunway TaihuLight topped the list with a peak theoretical performance of 124.5 petaflops, way ahead of any U.S. made supercomputer.

The real noteworthy point about the TaihuLight is that it is built completely using chinese microprocessors as opposed to using the ones built in US.

China used to rely on US microprocessors in the past. This is reflected in the second fastest system on the list of supercomputers, another Chinese system called Tianhe-2 that uses Intel’s Xeon processors.

According to Jack Dongarra, professor of computer science at University of Tennessee who also happens to be one of the academic leaders overseeing the Top500 supercomputing list,  he says that the supercomputer is not just a “stunt machine” and is in fact running sizeable applications like advanced manufacturing, earth systems modeling, life science and big data applications.

The US placed a ban on exporting US chips to China last year, saying that it was going to use the systems for nuclear explosive testing activities. Despite the ban, China managed to one up the Americans with a homegrown system.

The US has been lagging behind in the development of exascale systems (1 exaflop is 1000 petaflops). According to researchers, the Chinese government announced last week that they had plans to build an exascale supercomputer by 2020, with the US originally commissioning 2023 as its target date.

China’s final goal is to completely end their reliance on US technology. The import ban only accelerated the development of China’s own tech sector, which quickly rose up to fill the gap created by the absence of US chips.