Dunya Group has again approached the management of WorldCall showing its intention to acquire 56.8 percent shares in the group, a letter written by Company Secretary Muhammad Azhar Saeed to its stakeholders said.

According to the details, Dunya Technologies along with Allied Supplies and Services have shown their intention to acquire 56.8 percent ordinary share capital of WorldCall Telecom Limited including 100 percent convertible shares. 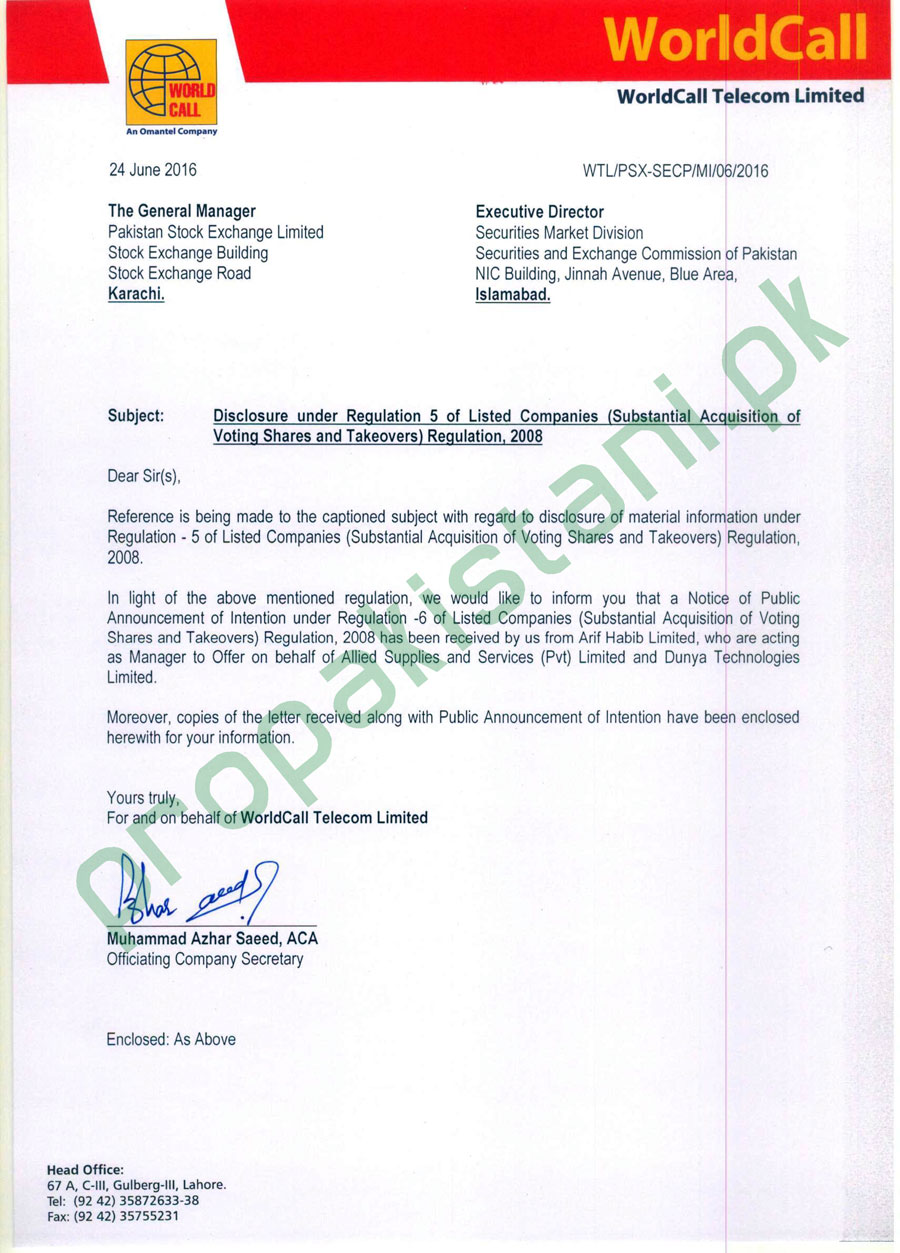 For the purpose, WorldCall appointed renowned financial group Arif Habib Limited as a lead manager for the transactions, which is dealing shares purchase on the behalf of telecom giant.

WorldCall Group entered a negotiation with Dunya Group in February 2016 to buy its major shares but it failed to seal the deal. Meanwhile, the telecom management briefly talked with the management of PTCL in April 2016 to sell out its operations and business but again, no deal emerged after negotiations.

WorldCall also officially informed its shareholders that it did not sign any deal with either Dunya Group or PTCL.

On the other hand, insider sources said that WorldCall received handsome offers from both of the interested parties namely, Dunya Group and PTCL but it made a decision in the favor of Dunya Group on the pressure of its employees, who have not been paid for past six to seven months.

They said a group of key officials of WorldCall went on unannounced strike for two weeks that caused suspension of its operations and services in many parts of the country, however, the management finally accepted their demand to sit with the management of Dunya Group instead of PTCL.

The employees of the WorldCall are in the favor of Dunya Group since it agreed to not to only retain them but also will to resume business as usual in contrast to PTCL, which could reportedly shut down different operations of WorldCall after acquisition.