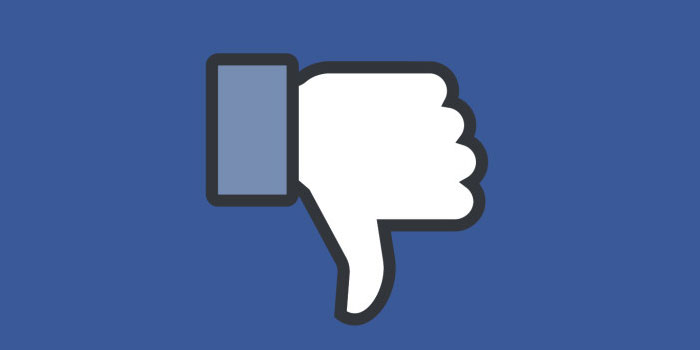 Ever have that feeling that you’re being watched? The suggestions given to you by Facebook or the ad that comes up just after you’ve closed a tab related to that article you were reading was no coincidence. Facebook serves you content based on your online habits, and this is one of the ways how it does so.

Its no secret that Facebook tracks your moves, but to what extent?

A new report has surfaced which states that even though you don’t use Facebook (but have a dormant profile there), the company knows a lot about you based on your friend list and their actions. A shadow profile of you to be precise.

Most folks realize that the Facebook app is tracking what the users do, but there are more ways than one that the social media network is using to collect information about you.

A spokesperson from Facebook details how ‘People You May Know’ feature on the social network suggests contacts for you:

“People You May Know are people on Facebook that you might know. We show you people based on mutual friends, work and education information, networks you’re part of, contacts you’ve imported and many other factors.”

Facebook provides advertising companies with a vast collection of data from various users, their preferences, who or what pages they like etc. to give them personalized ads which they are more likely to click on, resulting in higher number of clicks and a higher revenue.

Here are some of the other ways that it tracks you, and builds up a ‘shadow profile’ of you even if you’re not active or present on the social network.

The really scary part of Facebook’s tracking practices is that they create profiles of people who don’t even have an account on the social network. And its all thanks to your friend’s contact list.

Even if you haven’t entered your phone number, your alternate email or your work history when you created your Facebook profile, chances are that Facebook already has a non-public profile of you which contains all this information.

If you and another person are at the same location together for a period of time, you are very likely to find that person in your friend suggestions when you log in to Facebook later on.

According to the same spokesperson:

“Location information by itself doesn’t indicate that two people might be friends, that’s why location is only one of the factors we use to suggest people you may know.”

Any game requests you receive, particularly ones which ask you to sign up, can allow the game developers to track you. These apps integrate themselves into your Facebook profile and request information about you from Facebook.

You can edit what information they have access to from your profile, but most of the people don’t do it because it seems like a hassle or just plain complicated.

There are websites you visit that ask you to “Log in with Facebook.” Using this simple and convenient feature allows the respective sites to track your information as a result, a process made easy by giving them access to your Facebook account.

Your Friend and Their Use of Third Party Apps

Your friends may be inadvertently giving away information about you to the third party apps that THEY use. Just by being on their friend list means that those companies will also target you as a potential interest.

The idea here is not to spread paranoia but to give our readers a bird’s eye view of how social media networks and internet services have evolved (check out Google’s My Activity feature for more on this). The average internet user should be aware of how they need to protect their privacy. Big data breaches are becoming common these days, and that is why people should take their digital security seriously. But even then, it might not be enough.

Update: Facebook has denied using location data to suggest friends for you. The social network also suggested that it briefly used it in the past. But not anymore.