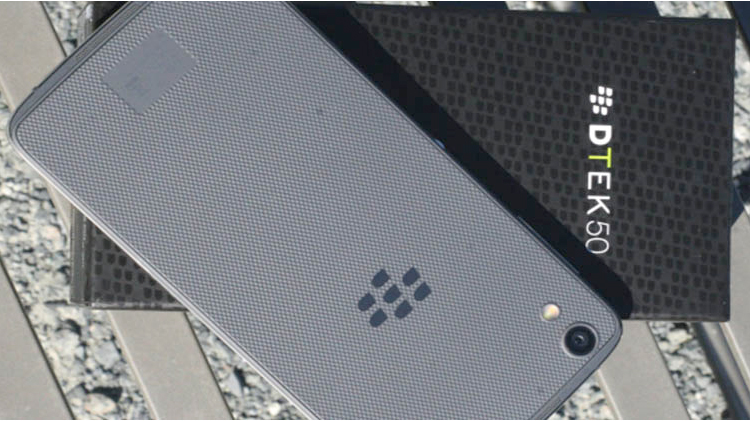 Hardly any effort by BlackBerry to indicate a shift in direction is as major as its latest one. Its second Android smartphone, called the DTEK50, is based on a Smartphone which already exists – the Alcatel Idol 4.

It may sound like a boring fax machine but the DTEK50 is a fairly usable phone. It comes with a 5.2-inch HD display on the front which runs Android Marshmallow, with Snapdragon 617 under the hood. The amount of RAM is set at 3 GB while there is a 16 GB internal memory with microSD.

Battery capacity is set at 2610 mAh while there is a duo of 13 and 8 MP cameras on the back and front respectively.

Of course, being a BlackBerry, one key feature is its security set and BlackBerry doesn’t disappoint. The preloaded DTEK software alerts you of malware and if your phone is taking photos or the like without your permission. There is also a programmable BlackBerry Hub key which can be assigned tasks as well as BlackBerry keyboard and software such as Device Search, Instant Action and Gesture Controls.

As for the price, it is set at $299 and becomes available on August 8. Not many people need as many security features but for its price, at least a lot of people can get access.

Here are the full specifications of the BlackBerry DTEK50: