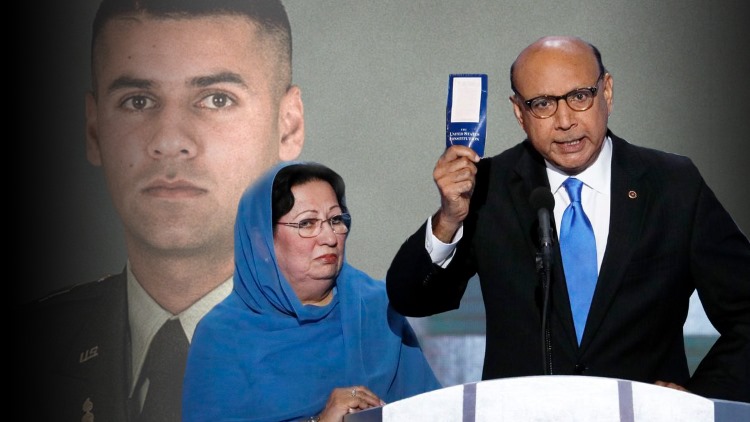 As the Republican presidential nominee Donald Trump continues to ramp up his rhetoric concerning the Muslim ban in America, Democrats are hoping to shut down his message of hate and bigotry.

And how they are doing it? By showcasing and highlighting the struggles and sacrifices of the countless loyal, patriotic and All-American Muslim families.

One of those Muslim families happens to be a Pakistani-American one. And yesterday, they shut down Trump’s message of xenophobia and hate in the most dignified way.

The Tale of Captain Humayun Khan, US Army Captain

Yesterday night, at the Democratic National Convention for Hillary Clinton, one Pakistani-American family’s tale of grief and tragedy stole the limelight, shifting the conversation to the immense contribution made by Muslims in America.

Mr. Khizr Khan and his wife were invited to speak at the DNC event in Philadephia.

At the podium, they shared the tale of the heroic sacrifice made by their son Captain Humayun S M Khan. Captain Humayun was killed in 2004 when a suicide bomber struck his infantry unit. He ended up saving the lives of his fellow armymen.

He was one of the 14 American soldiers who died serving their country.

Hillary Clinton was right when she called my son the best of America. If it was up to Donald Trump, he would have never been in America. Donald Trump consistently smears the character of Muslims. He disrespects other minorities, women, judges, even his own party leadership. – Khizr Khan, father of Humayun Khan

Muslims in America are finding it hard to live with the message of hate that Trump regularly peddles, and Khizr Khan thought that the best way to address his scare-mongering tactics was to read him the one thing that guarantees the rights of Muslims and other religious groups in America – the United States Constitution itself. 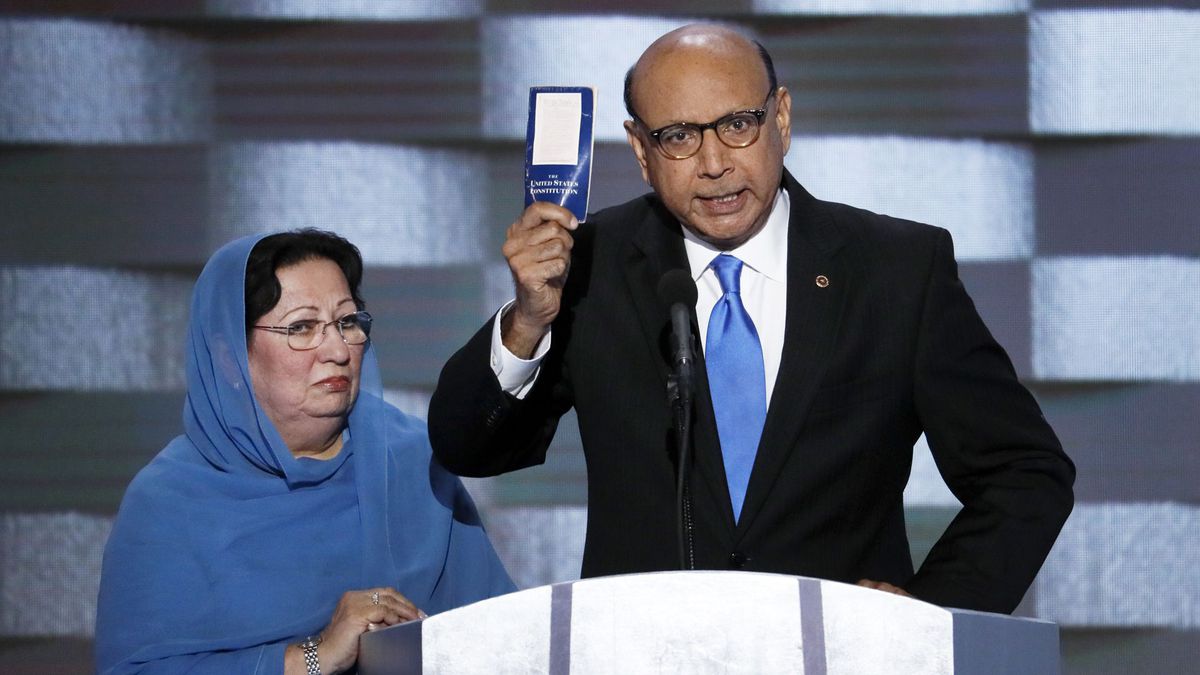 Trump “loves to build walls and ban us from his country,” Khan said. “Donald Trump, you are asking Americans to trust you with our future. Let me ask you, have you ever read the United States Constitution? I will gladly lend you my copy.”

In just under 10 minutes, Khizr Khan’s eulogy to his slain son transformed the crowd, showing that not all of America was on board with Trump’s anti-immigrant and anti-Muslim agenda.

Will America elect Donald Trump as the hate-monger-in-chief? Or will it give Hillary, with her own set of baggage to don the mantle as the first woman head of state of America?

Stories like those of Captain Humayun Khan can go a long way in tipping the scales, especially when it comes to politics. We’ll find out soon enough what fate the USA has chosen once it goes to the polls this November.