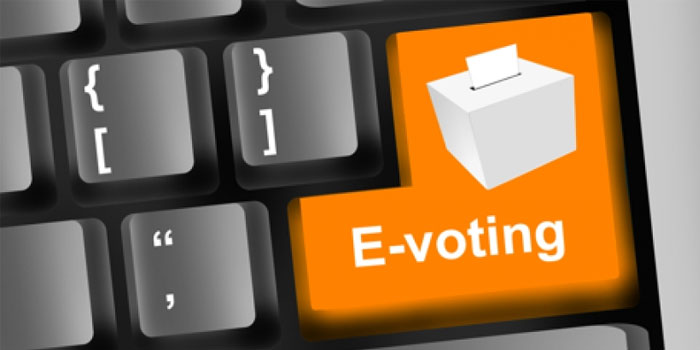 Officials from the National Database and Registration Authority (NADRA) informed a parliamentary committee on Tuesday that overseas Pakistanis can be given the right to vote through online means.

While briefing the sub committee of the parliamentary committee on electoral reforms, the officials said that the overseas Pakistanis can be allowed to vote online once they are registered with NADRA and their biometric information is verified.

Zahid Hamid, Law Minister and convener of the sub committee mentioned that Pakistanis living abroad will be given a code once they register with NADRA. They will be able to cast their vote through a designated mobile phone number.

According to the minister, the committee will hand over responsibility of registration of overseas Pakistanis to NADRA, as well as all operations related to the voting exercise.

Many options were discussed by NADRA and the parliamentary committee regarding voting. One was about setting up polling stations in embassies and consulates in a list of countries where the majority of  overseas Pakistanis reside. Another option was to provide the facility of casting votes through postal ballot, for countries where embassies can’t serve as polling stations.

NADRA to Apprise Committee of Its Progress In Next Two Weeks

A report has also been summoned from NADRA within two weeks which will detail the time NADRA requires for the registration of overseas Pakistanis.

Authorities from NADRA say that they are capable of registering 140,000 Pakistanis living abroad in one year. The capacity, according to the authorities, can be increased if they are provided with more resources.

The committee has meanwhile asked NADRA to draw up a set of recommendations for possible measures to enhance the number of registrations of the overseas Pakistanis. They were also asked to provide a report on the required resources to speed up the process.

The Start of A Process

Work on facilitating the right to vote for overseas Pakistanis has been going on for some time now.

Back in 2012, the Supreme Court directed the Election Commission of Pakistan (ECP), following a petition by PTI leader Imran Khan, to evaluate whether the Pakistanis living outside the country can use their right to vote. During that time, ECP announced that overseas Pakistanis have the right to vote, but no suggestions were passed regarding the system of voting for overseas Pakistanis.