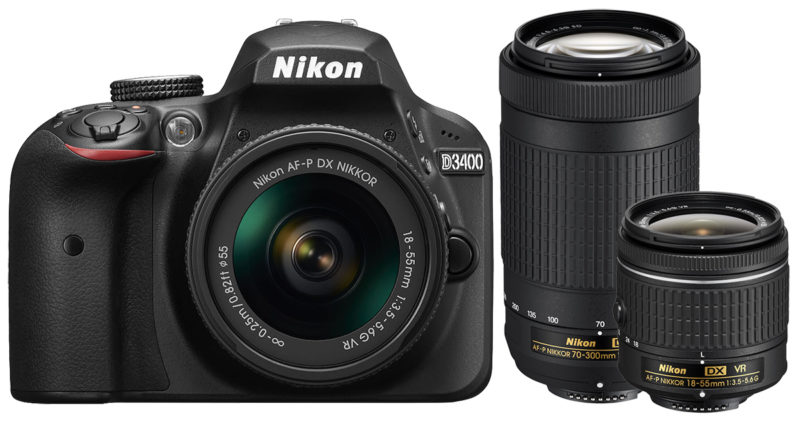 Nikon has announced a new DSLR for up and coming photographers. The new D3400 is a successor to the D3300 and has an always-on Bluetooth low energy mode for instant sharing with a smartphone.

The new DSLR is 15 percent lighter than before. It has a 24 megapixel APS-C CMOS sensor on the front with an EXPEED 4 image processor. The latter of those brings improved low-light performance and white balance.

The D3400 supports ISO range of 100-25600. It also supports 5 fps continuous shooting and has an 11-point Autofocus System. It doesn’t have a low pass filter.

The camera supports file sharing via Nikon’s Snapbridge software which doesn’t require a Wi-Fi connection to share photos. It first debuted in the high-end D5000 but is now slowly making its way down the food chain. It still works with only a handful of Android phones such as the Galaxy S7/S7 Edge and no iPhones.

There’s no Wi-Fi, unsurprisingly. It supports SDXC cards. On the video front, the D3400 supports Full HD 1080p videos at up to 60p. On the back is an optical view finder.

The battery life has been improved and now allows up to 1200 shots per shot, rather than 700. Nikon is outing a new line of lenses, AF-P DX Nikkor, alongside these lenses which have a quieter motor.