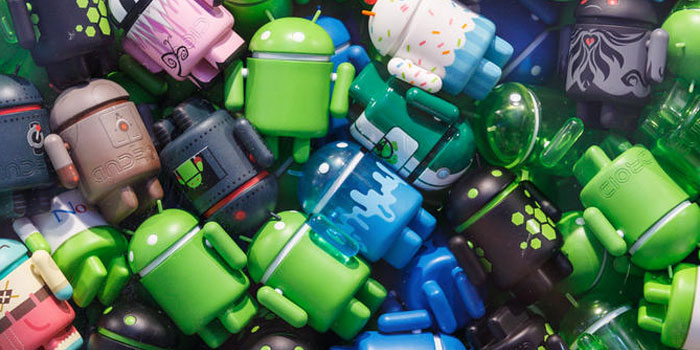 This is a pretty expected script by now. Regardless of its competitors’ phone launches, every quarter the market share of Google’s Android only grows. Latest figures by Gartner put it at 86.2 percent of the entire market. 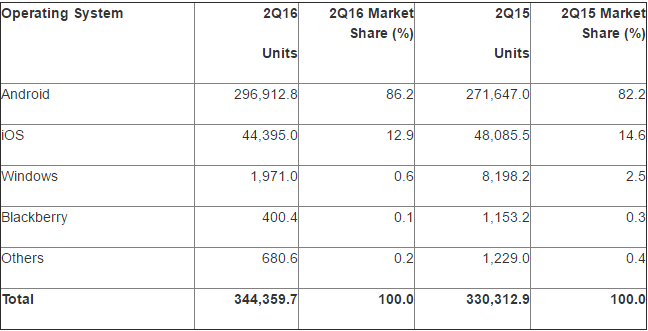 The same quarter of last year, it stood at 82.2 percent share, compared to iOS’s 14.6 percent. As of today, Apple’s OS is further below at 12.9 percent, further brought by its own decline in sales.

Smartphone sales grew 4.3 percent in the quarter to a total of 344 million units. 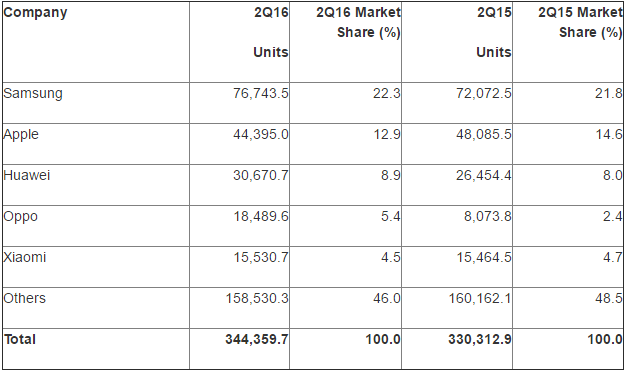 When it came to the companies’ table, the story was not different than expected there, either. Samsung continued its domination with 22.3 percent of the market, followed by Apple at 12.9. Huawei, Oppo and Xiaomi closed the top five, who collectively earned 54 percent of the market.

More importantly, all major markets (bar Japan) saw a slowing demand for yet another quarter while all emerging markets (except Latin America) saw an increase in growth. It is no wonder all of these companies are scrambling for attention in new and upcoming markets.