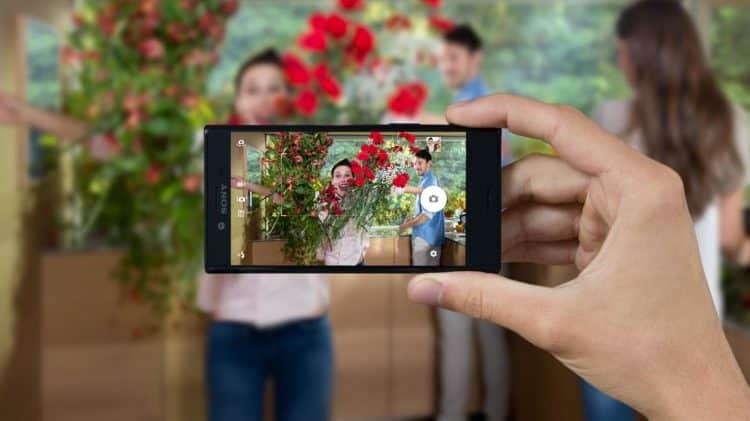 Sony started off 2016 with the launch of a new flagship lineup, the Xperia X series. At IFA 2016, it added two new phones to the lineup. Both phones come with a new looped surface design and incorporate the same thumb fingerprint scanner on the side.

The Sony Xperia XZ is the company’s newest flagship phone and the latest and greatest in the Xperia X series and has specifications to back that claim. It comes with a stunning 23-megapixel rear camera, upgraded with a new IMX-300 sensor, 5-axis SteadyShot image and video stabilisation and laser autofocus. The stunning rear camera is coupled with an equally-impressive 13-megapixel front camera.

Sony’s new design carries more curves for a seamless rounded transition around the phone. XZ makes use of a new ALKALEIDO alloy, making it nicer to touch and fingerprint resistant, and comes with a new exclusive blue shade (Forest Blue), a first for a Mobile phone.

In terms of internals, the XZ is packed with the top of the line Qualcomm Snapdragon 820 processor, 3GB of RAM, and comes in 32GB storage flavor. It has a 5.2-inch Full HD display, fingerprint sensor and is also water and dustproof with IP68 certification. It also comes with USB Type-C connectivity — a must-have for flagship Smartphones now. Keeping with its tradition, the XZ comes with stereo speakers for better audio output.

Sony also introduced another phone called the Sony Xperia X Compact. The only big difference is the 4.6-inch 720p screen, which is enough for this screen size.

While the looks may seem to give an impression that X Compact is a smaller XZ, it is not. Its a compact variant of the original Xperia X in terms of specs, while borrowing the looks and camera from the latest flagship. It comes with a Snapdragon 650 and 3 gigs of RAM, more than enough for a phone with this size and screen resolution. The other major difference is the use of a ceramic-like plastic instead of the unique alloy, which is used in XZ.

The battery stands at 2,700 mAh, which is a lot for the size of the phone. X Compact boasts the same rear camera, though the front camera is downgraded to a 5MP one. Just like the XZ, X Compact also sports a stereo speaker setup.

Sony Will Use New Battery Technology

Noticing international trends where users are delaying replacing their phone for several years, Sony has made a decision to make the phones more long lasting. According to Gallup survey, people prefer to wait three years before upgrading their phone.

While a phone’s exterior remains the same and the rest of the features perform like they used at the time of the phone’s release, a smartphone’s battery only has a limited number of charge cycles. In other words, if you want to keep your phone for long, your phone’s battery timing will reduce rapidly, especially after the first year.

Sony has decided to resolve this problem by using Qnovo’s technology in its smartphones. This technology carefully controls the voltage supplied to the battery, delays full charge (which hurts battery life) and helps in fast charging without damaging the battery cells. The tech learns a user’s charging patterns and only charges the battery to its highest level when the user is about to use the phone, eliminating the negative effect of maintaining battery at its peak voltage.

Of course, we’d still like it if you bought a new Sony phone, but we realise longevity is a trend and we want to help with battery technology and services on the phone such as the Smart Cleaner and Xperia tips that learn your behaviour and help keep it running like new for longer.

Thanks to this technology, Sony says there smartphone batteries will last two times longer than standard ones. You can expect Sony smartphone batteries to last 4 years without any noticeable damage. The technology is already being used in Sony’s latest X series flagships including X Compact and XZ. Sony has already used a similar technology in previous X series phones and has even upgraded older phones with similar software features to prolong battery life.