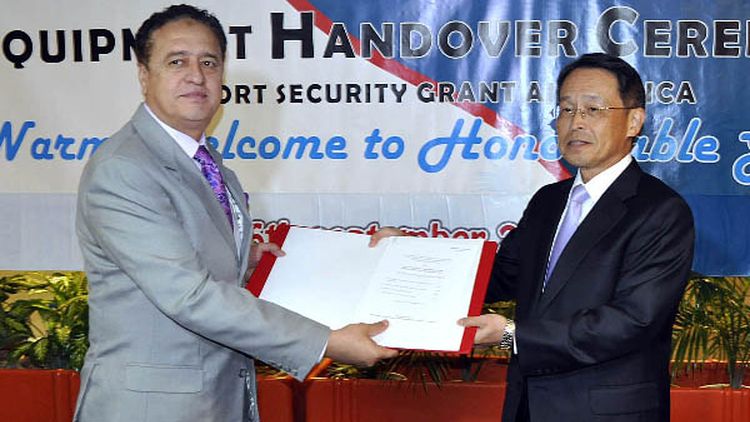 The Japanese Government has gifted airport security equipment, worth around Rs. 1.96 billion, for three major airports at Islamabad, Lahore and Karachi. This will help in enhancing security measures at Pakistan’s air terminals.

“Balanced and stable regional development by supporting security enhancement is one of the priority areas of JICA’s rolling plan and country assistance policy for Pakistan,” – Yasuhiro Tojo, the chief representative of the Japan International Cooperation Agency (JICA)

The equipment complies with the latest international security standards set by the United States (US), the European Union (EU) and the International Civil Aviation Organization (ICAO). This gesture is not only going to help in reducing complacency errors, but also improve the quality and operation standards at these three major Pakistani airports.

“Security enhancement is indispensable for successful socio-economic development of Pakistan and the Government of Japan remains committed to supporting Pakistan in this field. With the help of Japan, international flights departing from Pakistan will gain more credibility and passengers would also feel more comfortable and safe, while traveling to different destinations via these airports.” – Ambassador Kurai.

This is not the first time the Japanese Government has aided Pakistan in terms of security matters. Several other projects in the field of security are also benefiting from Japanese expertise and assistance.

Previously, on July 4th, Rs 205 million was allotted by the Japanese government to Jinnah International Airport at Karachi for the installation of a face recognition system. Given the incidents in the city, it was a much needed initiative.

Moreover, a project to improve security at Karachi and Bin Qasim sea ports is also underway. The project includes container scanners to help Pakistan in import and export security.

Another project, which started in May, to strengthen border management and illegal drug control is also headed by Japan in collaboration with UN Office on Drugs and Crime (UNODC) Pakistan.

Towards the end of the ceremony, Ambassador Kurai emphasized on the importance of security. He said that Japan deems it worthy to assist Pakistan in this regard as it will lead to a stronger bond of friendship between the two countries.