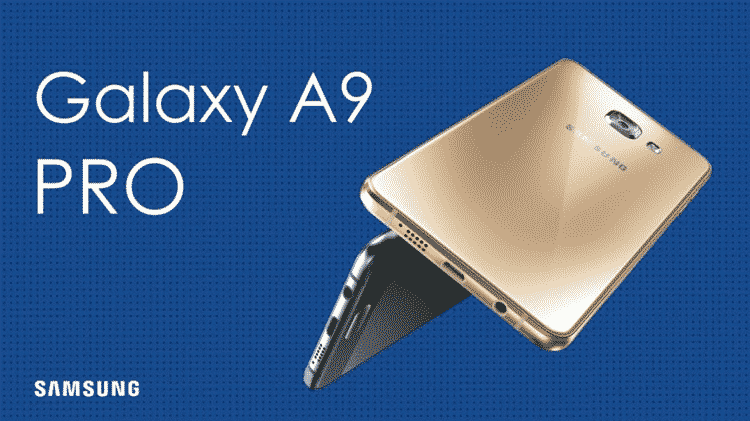 Samsung has outed the Pro version of its Galaxy A9 Pro smartphone. The new phone uses the same metallic finish, display and processor of the non-Pro build, but features more RAM, storage and megapixels.

The display remains a 6-inch Super AMOLED FHD unit. Under the hood lies the same Snapdragon 652 chip with its eight cores and Adreno 510 GPU.

The differences start to come up elsewhere. The Galaxy A9 Pro comes with 4 GB RAM instead of 3 GB and 32 GB of memory rather than 16 GB. Towards the back is a 16 megapixel camera with OIS, rather than a 13 MP one, with an 8 MP camera on the front.

Connectivity is covered by NFC, GPS, WI-FI ac and Bluetooth. Battery is a spacious 5,000 mAh cell which also supports fast-charging. The OS running is Android Marshmallow but we are not sure whether it will be updated.

The pricing of the phone starts at around $500 depending on the market, which is a lot especially considering the OnePlus 3 starts at $399, though, there have to be a few Samsung-diehards in those comments below.