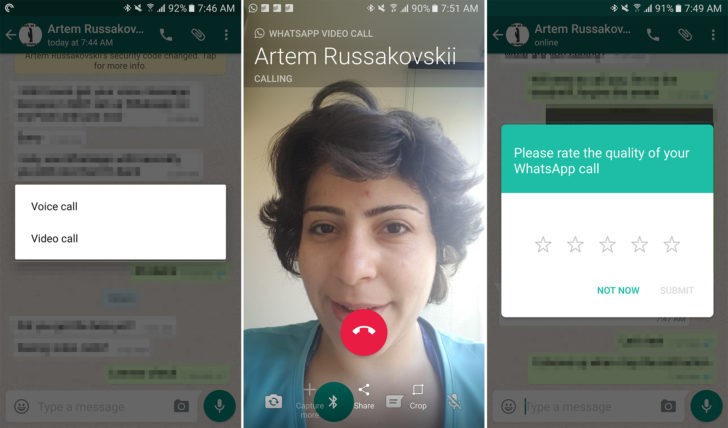 Some users are reportedly getting the video call feature for WhatsApp.

The world’s most used instant messaging service has been getting new features recently. The updated GIF support, document sharing and different emoji for example.

These quality of life changes were not in a particularly high demand, unlike video calling.

The Most Demanded Feature

WhatsApp users have demanded video calling ever since the option to call other WhatsApp users has become available. It had some issues at the beginning but they were eventually resolved or diminished to some extent.

The small changes mentioned earlier have been coming to the instant messaging app over the past few weeks. However these changes didn’t warrant as much attention as video calling is getting now. 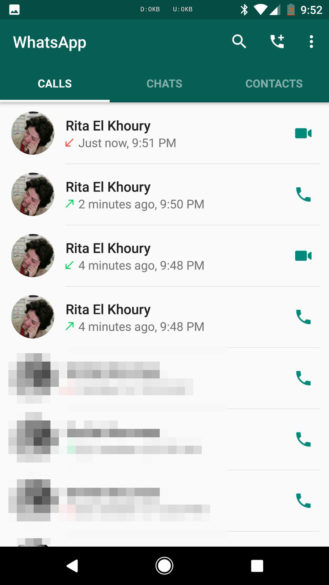 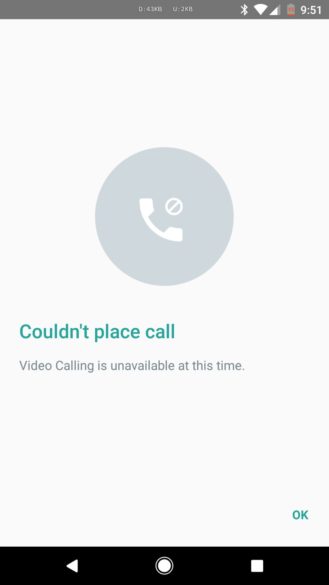 If you have video calling option available, when you tap the call icon on top of a chat, both video call and regular call option are available. Only a few lucky users seem to have access to this new feature however there is a way to get it running on your WhatsApp as well.

How to enable video calling

According to Android Police,

We’ve had success forcing video calling to activate by wiping app data and logging in again. You can try this, but make sure you back up your chats first.

Remember this only works for the beta version of the app. We do not recommend trying this on the regular Google PlayStore version of WhatsApp.

For those who want to try out the beta, here’s the Android APK for sideloading.