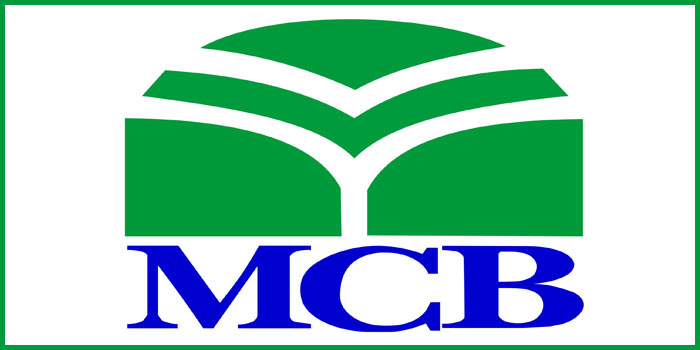 The Board of Directors of MCB Bank Limited, met under the Chairmanship of Mian Mohammad Mansha, on October 26, 2016 to review the performance of the Bank and approve the financial statements for the nine month period ended September 30, 2016.

MCB Bank Limited reported a Profit Before Tax (PBT) and a Profit After Tax (PAT) of Rs. 29.2 billion and Rs. 17.4 billion respectively. Net markup income of the Bank was reported at Rs. 33.7 billion, down by 8.9% over the corresponding period last year.

On the gross markup income side, the Bank reported a decrease of Rs. 9.7 billion which was mainly on account of decreased yields on advances and investments in-line with interest rate movements. However, advances grew by Rs. 15.6 billion and investments decreased by Rs. 30.9 billion, on average, when compared with the corresponding period last year. On the interest bearing liabilities side, the consistent tapering of high cost deposits along with the decrease in minimum deposit rate resulted in a significant drop in cost of funds.

On the non-markup income front, the Bank reported a base of Rs. 11.9 billion with major contributions from fees, commissions and capital gains.

The administrative expense base (excluding pension fund reversal) recorded a nominal increase of 0.5% over corresponding period last year. On the provision front, MCB Bank Limited posted a reversal in provision of Rs. 856 million in the nine month period ended September 30, 2016.

On the liabilities side, deposit base of the Bank recorded an increase of Rs. 58.1 billion (+8.34%) over December 2015. MCB Bank Limited continued to enjoy one of the highest CASA mixes in the banking industry of 94% with current deposits increasing by 12% and savings deposits by 7% over December 2015. Earnings per share (EPS) for the period came to Rs. 15.66 as compared to Rs. 18.16 during the same period last year. Return on Assets and Return on Equity were reported at 2.35% and 20.18% respectively, whereas book value per share stood at Rs. 105.23.

The Board of Directors declared a 3rd interim cash dividend of Rs. 4.0 per share for the nine month period ended September 30, 2016 which is in addition to Rs. 8.0 per share interim dividends already paid to shareholders.