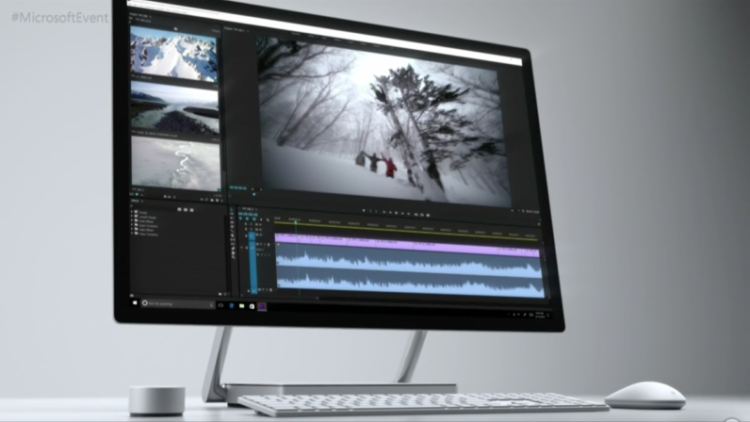 All those rumours on an impending Microsoft desktop were right. Alongside a more customary offering in the new Surface Book, Microsoft also took covers off its first ever All-in-One, the Surface Studio.

With the Surface Studio, Microsoft has now properly triggered alarms for the Apple iMac with a formidable entry backed by the software-maker.

For starters, the Surface Studio is the thinnest LCD monitor ever built, with a 12.5mm waistline. That’s not a deal-maker in itself but will leave a lot of people in awe anyway.

The screen’s hinge will be able to hold the display at any angle thanks to an intricate system of 80 springs. Another added twist is the single-click switching between DCI-P3 and RGB for a wider colour gamut range, what Microsoft calls “TrueColor”, something which the professionals will appreciate.

Under the hood, you’ll get up to latest Intel Core i7 processor, 32 GB RAM and 4 GB Nvidia GeForce 980M graphics, along with a 2TB hybrid drive.

Microsoft is making the Surface Studio compatible with a bunch of accessories. It comes with the Surface Pen and a companion keyboard, to add to the touchscreen. But one which will undoubtedly catch the light is the new Surface Dial.

This circular paddle triggers a circular palette around it when placed on the screen, offering options of filters, brushes and more. It has a surface which is sensitive to touch, while it can also be used for rewinding and forwarding in between presentations. 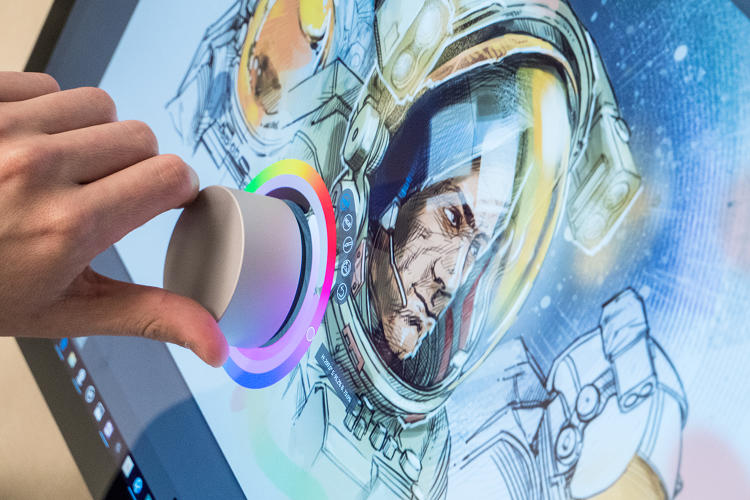 It is not necessary, but sure as hell is captivating. It will be supported by all recent Surface devices.

As for the pricing, no one expected the Surface Studio to be cheap which it certainly isn’t. Starting at $2,999, the base model comes with a Core i5, 1TB hard drive, 8 GB RAM and a 2 GB graphics card. An additional $500 gets you a Core i7 and twice the RAM, while $4,200 gives you the specs mentioned above.