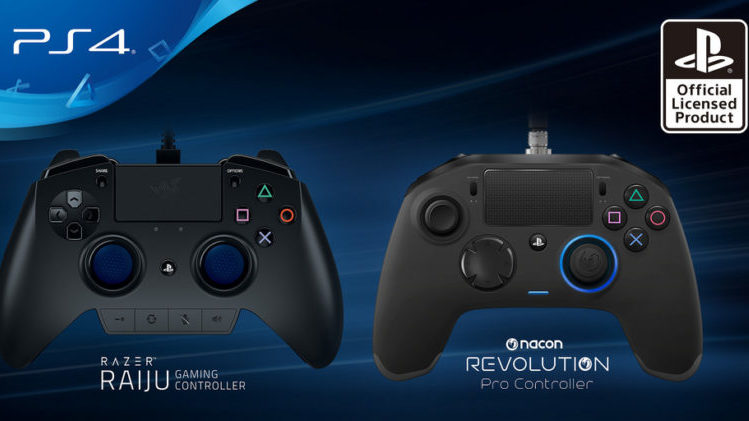 Sony may have skipped on announcing elite controllers for its upgraded PS4 model, the PS4 Pro, a few weeks ago but it won’t stop others from doing the same. Coming courtesy of Razer and Nacon, two new pro-gaming controllers are being released with the backing of the Japanese company so gamers don’t feel sad.

The first one is the new Razer Raiju, the more traditional take on a DualShock 4. Based mostly on the standard PS4 controller, this model is focuses on professional eSports gamers and allows for hardware customizations, multiple profiles, ultra-sensitive triggers and a control panel on the front for increased convenience.

Here are the features of the Razer Raiju:

The second controller from Nacon, the Revolution, gets slightly off the script and comes with its Xbox controller inspired design with an analog stick on the top left. It allows you to make four custom profiles through its PC companion app as well as utilize the four extra buttons around the back.

Here are the specs of the Nacon controller:

As you may have noticed, both these controllers have wired versions in production right now which support all PS4 models with a 3m USB cord, with no apparent chance of a wireless one in the future. Both of these will be available this fall, and while the prices haven’t been unveiled as of yet, we expect to hear more on these controllers soon.