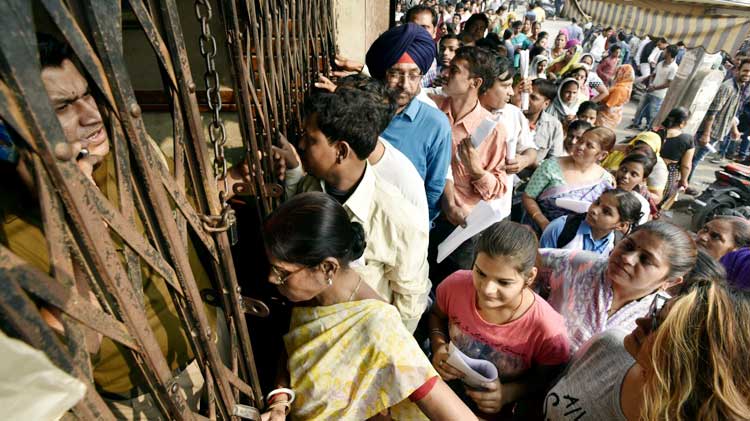 The Indian government recently demonetized the high value currency notes of INR 500 and INR 1,000 and asked the public to exchange them for smaller notes of Rs. 100 or newly minted INR 2,000 currency notes.

The intention was to ban the high value notes swiftly and any one who had black money, fake currency and illegally sourced cash would be sitting on a worthless bundle of paper since they wouldn’t be eager to exchange them out of fear of being asked exactly how it was obtained.

Other benefits of the move would be a increase in the banked population (a bank account is needed to deposit the banned currency), more people paying taxes (you have to disclose how you obtained the money), increased cash reserves for banks (estimates suggest the move could net the government over $45 billion) and an increase in digital payments (as most people would now see it as less of a hassle).

A week later after the announcement though, it has turned into an unmitigated disaster.

You need to have a bank account to exchange currency notes

A stunning lack of planning and foresight has resulted in long lines, empty ATMs and a population that is confused and panicking as the December 30 deadline approaches.

The reason is that over 86% of the currency in circulation in India is made of these soon-to-be illegal INR 500 and INR 1,000 notes. 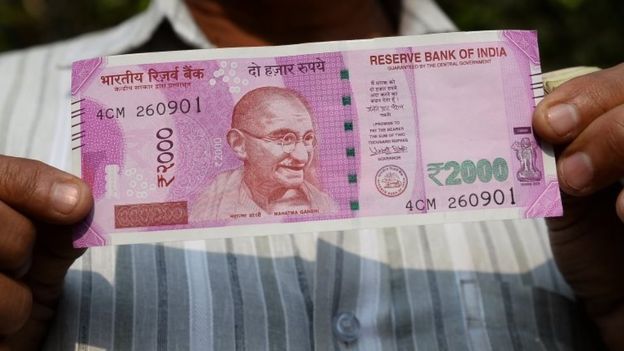 The impact has been felt across all of India. Small and medium businesses in particular are having trouble paying their suppliers and employees.

ATMs are empty and the only solution is to wait for hours – in some cases for days – in lines at the bank to deposit the illegal notes and get new ones.

There’s a rush to hoard small notes of currency and cash payments have become a national nightmare.

The long lines mean wasted time for tens of millions of people (India’s has over one billion people) and there is as at least one report of a farmer committing suicide after waiting in line for 2 days and failing to get new currency.

You can compare India’s chaos with that of Pakistanis’ during Biometric Verification of SIMs, only with at least 100 times more in magnitude: India is six times the population of Pakistan, and imagine they are to exchange currency notes and not verifying one SIM like we did

Another man murdered his wife after she didn’t ‘wait long enough’ in the line at the bank. Other reports suggest hospitals and doctors are refusing to treat patients in critical care if their families pay in denominations of cash that was banned.

There’s a consensus that there was a lack of planning for the volume of withdrawals and deposits that would take place after the announcement and despite the Indian government’s efforts to resolve the situation, the outlook is still bleak.

Some experts have even suggested political motivations for the timing of the move, since the ruling party is eager to retain seats in upcoming elections in key states and that has only served to further anger the public.

Not to mention, this is only the early implications. They have to face long-term consequences, check below tweets for example:

Dear urban middle class applauding the #currencyban I have news for you.
The flats you've bought to sell at a profit will be worth half now.

Indians are taking to social media to voice their frustrations and top trends are all about #CashCleanUp, with many expressing their frustration with the government and the situation while others are defending it as a necessary measure to combat corruption.