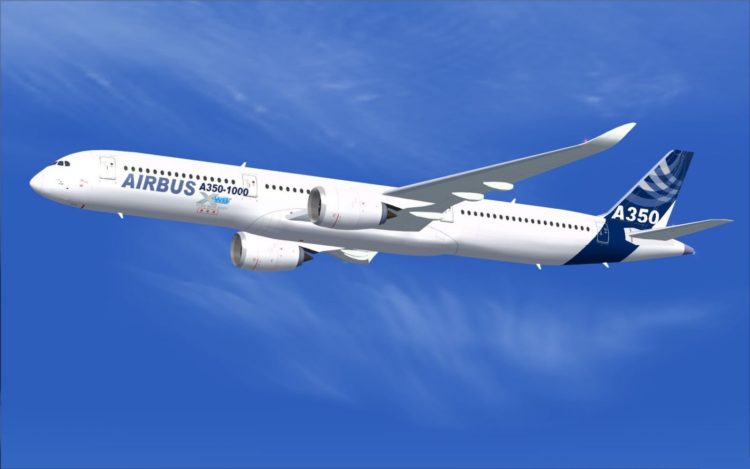 The service of the latest A350 airplane is set to commence in 2017 and the first aircraft is to be delivered to the Qatar Airways. Airlines, such as Virgin Atlantic have already placed their pre-oreders for the A350-1000.

As of today, Aibus says that it has received 196 pre-orders already.

According to the company itself, the A350-1000 is the “longest-fuselage version of its new family of wide body jetliners.” Its design can be configured to accommodate up to 440 passengers. 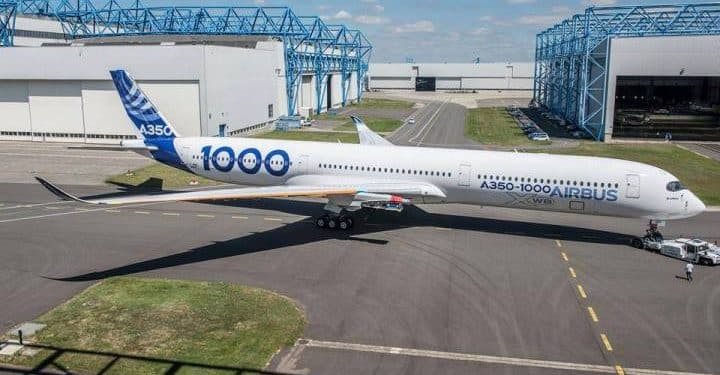 Earlier this year, Airbus launched the A350-900, which was a smaller version of the latest launch. The newest member of the A350 family is a 366 seater.

It measures around 74 meters from nose to tail, and is equipped with a state-of-the-art engine.

The aircraft has 3-class configuration, with 18-inch wide seats in the economy section. Additional perks such as in-flight entertainment (IFE) are also available, as per company’s words.

The 7,950 nautical-mile-range aircraft’s engine is powered by a “higher-thrust” Trent XWB engines, which is manufactured by Roll-Royce.

Airbus claims that the engine will provide “additional payload, capability and range”, while taking off. The aircraft’s wings spread over 64.75 meters and has 20.89 tonnes of maximum payload.

The Airbus sales chief John Leahy said that they aim to take on Boeing with similar aircrafts with better specifications and lesser running cost.

Speaking about the latest addition to the A350 family before it was launched,

“It will have similar capacity and range (as the 777-9) and substantially lower seat-mile costs.” 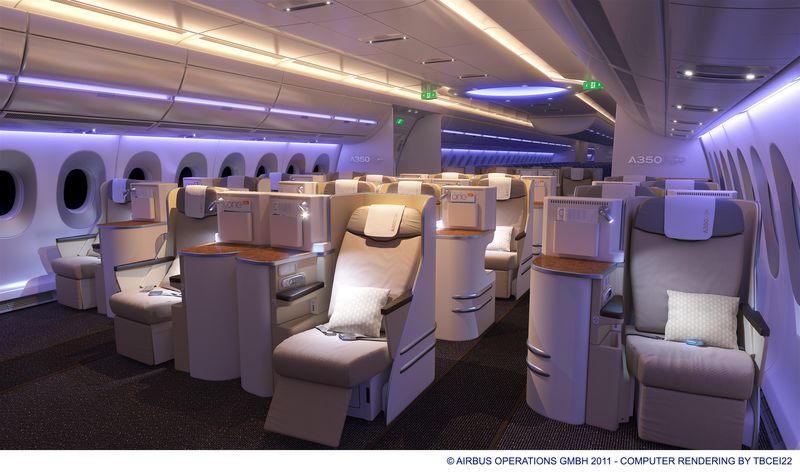 “The category killer has been the 777-300ER and the A350-1000 fits there. The question is where the market is? The sweet spot may not be the largest aircraft, but manufacturers don’t yet know,” said the Agency Partners analyst Nick Cunningham.

The continued rivalry between companies for the most efficient aircraft is proving productive and lucrative for the industry. The industry is set to make over 1 trillion US dollars over the course of next 20 years.