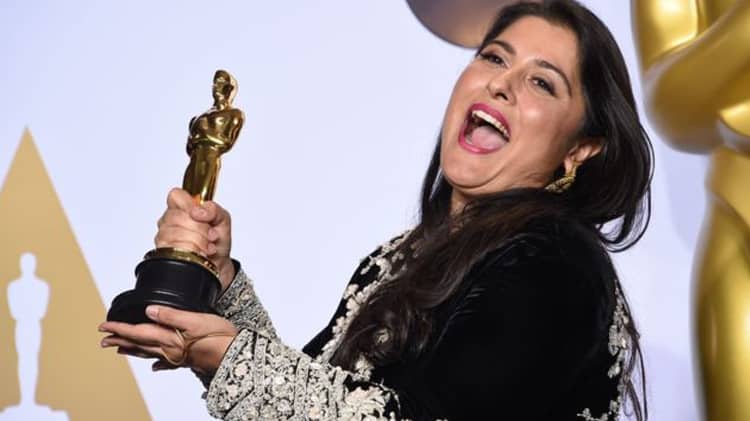 According to a statement issued from her office she will be speaking at the 47th World Economic Forum’s annual three day meeting planned to commence from January 17th.

Been provided an opportunity to speak at a global forum is a great prestige for the artist and she is excited to represent the artist community and her country.

Sharmeen Obaid Chinoy rose to the limelight when she became the first Pakistani to receive an Academy award for her documentary, Saving Face (2012). Though the subject matter stirred controversies she continued producing documentaries and films, receiving much acclaim.

Her appearance at the World Economic Forum would mark another milestone in her career as she will become the first artist to be graced with such an honor. It will provide her an opportunity to voice her opinions in front of over 2,500 participants from 100 countries participate, including business leaders, international political leaders, selected intellectuals, and journalists.

The World Economic Forum is a Swiss non-profit organization that rallies a massive gathering of influential people from around the world to discuss pressing global issues. The forum is religiously held every year in January.

Aside from Chinoy other notable speakers include Al Gore, James Oliver and Karan Johar. the Prime Minister of Pakistan has also left for Davos to be a part of this prestigious event.