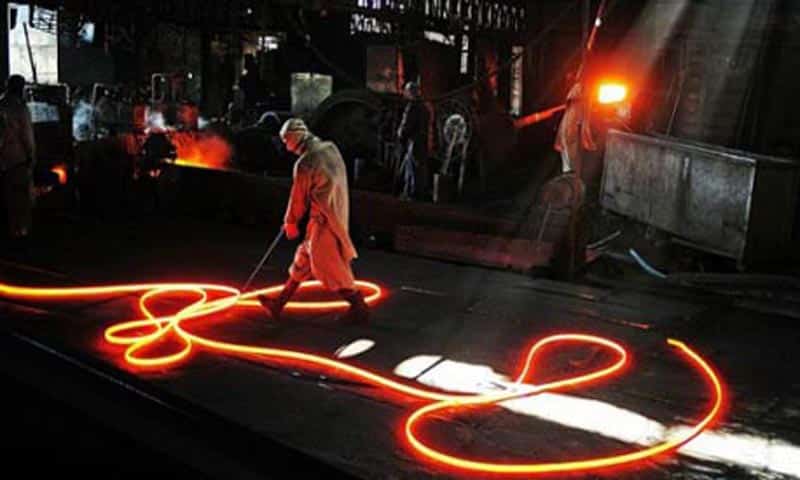 The state-owned Pakistan Steel Mills, which was built by the Soviet Union in 1970s, has turned into a colossal white elephant, depleting precious government capital everyday. It has not delivered steel at its 19,000-acre land facility since June 2015.

Pakistan’s Privatisation Commission on Tuesday approved a 30-year lease structure for it in order to control losses and bring it to profitability. Nearly 7,500 of the 12,500 workers are expected to be laid off after the lease comes into effect.

Since June 2015, the national Gas organization requested installment of bills of over $340 million from Pakistan Steel Mills before disconnecting its supply. It should be mentioned that PSM has amassed debts of more than 163 billion Pakistani rupees ($1.56 billion) and other unsettled obligations.

Privatization Commission Chairman-Mohammad Zubair told Reuters that a 30-year lease plan has now been endorsed, He also added that Chinese and Iranian organizations are indicating “interest” in assuming control over the limitless processing plant on the edges of Karachi.

He declined to name the interested firms while saying:

“Now the next step is cabinet approval of the lease structure, which we are certain of getting, after which we will seek expression of interest and move towards bidding. The whole process will take about four or five months.”

Zubair explained the downsizing structure. About 5,000 employees would be retained by the new investor(s) while the remaining 7,500 would receive an “attractive separation package.”

A year ago when loss- bearing Pakistan International Airlines (PIA) chose to lay-off the surplus human assets, agitated representatives took the course of protests and turned fierce, murdering no less than two protesters and harming many during their rampage.

Following that development, Pakistan provided guarantees to the International Monetary Fund that it would privatize PSM and PIA as a feature of the $6.7 billion national bailout credit that it needed in 2013.

As always, the government neglected to privatize the state-owned companies in time, even though the IMF program completed a year ago in September.

While PIA stays operational, PSM has languished under many years of under-investment and would require tremendous upgrades to become competitive in the steel market internationally against the Chinese and Iranians.

Under the lease, the government has also proposed incentives for investors such as incorporating a 10-year tax holiday and duty-free import of plant and machinery.

The government has additionally proposed a regulatory duty of no less than 35 percent on steel items for a time of five years to promote the local steel industry, as per lease structure reports seen by Reuters.

All of PSM’S liabilities will be settled by the government before consenting to an arrangement with any investors.