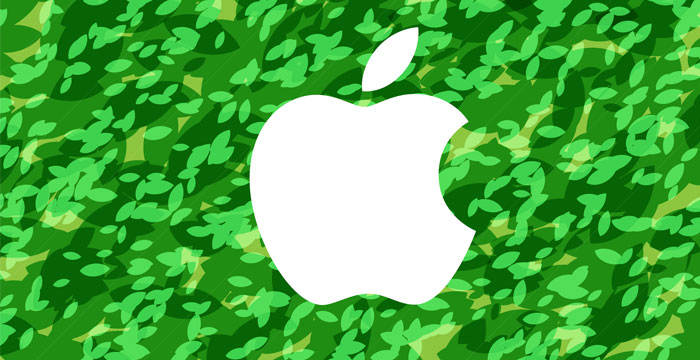 Its equally common for a company to rule over an industry and then disappear (like Nokia). However, it’s more rare for a company to dominate numerous industries for years at once while holding on to innovation. For Steve Jobs, Apple’s co-founder and former CEO, the goal of Apple was not simply to create great products, but to create a long lasting company that could influence the world for generations.

It’s difficult to trust that it’s  been a long time since Steve Jobs strolled in front of an audience to present the first ever iPhone 2g. The mobile revolution it commenced, earned Apple a seat at the table as a standout amongst the most was compelling and imperative organizations on the planet, with industry insiders and tech freaks alike eagerly anticipating the drop of each new gadget from the Cupertino-based company.

However, with iPhone sales going down and questions rising over whether the brand has lost its edge, many are wondering what the scandalously secretive company’s next big innovation might be, and when it’ll be open for the public to know.

It turns out, we might not need to wait up any longer. That is as indicated by a couple of trusted sources, who believe that we might be on the seeing yet another distinct game changing gadget, this time in the form of  augmented reality-equipped glasses.

Pokémon Go was just a trailer for a much, much bigger movie ahead of it.

Augmented Reality – the Next Big Thing?

Augmented reality (AR) has been an emerging technology, and many of us have only been introduced to it in the context of Pokémon Go  that merges our real world with a imaginary one using the virtual characters. However, Pokemon go  is capable of being used for so much more than catching Pikachu in the park. In fact, it will be at the core of the next tech revolution.

Not at all like virtual reality, which replaces the physical world with a recreated one in a way that can confine a man, AR adjusts and improves a man’s physical surroundings by layering ongoing advanced digital intel (by means of a screen, focal point, or another gadget) onto it. In the long run, it will progress to a level where there’s an AR segment to pretty much all that we work together with.

Stroll down the walkway at the supermarket and you’ll see prices, advancements, even formulas flying out before specific items. Get in the driver’s seat of your auto and you’ll see speed limits and warnings on your windshield. Go to a football game and details and illustrations will show over the field, or over individual players – at last making the in-stadium encounter in the same class as the TV encounter once more. Augmented reality is going to change our desires from the very basic level of what data is accessible, and where.

The race is on to build up the such a sensitive system of gadgets and programming that makes AR simple and cool for all of us to utilize. Also, whoever wins the AR race, wins big – like iPhone big.

Is Apple Gearing Up for AR?

As some other outlets have noted, Scoble’s track record with tech rumors isn’t perfect, but this intel does track with some other Apple rumors that have surfaced in recent months. Back in November, Bloomberg reported that Cook and co. we’re exploring the idea of expanding into the digital spectacle space via eyewear that interacts with your mobile device, and had even ordered “small quantities of near-eye displays” from an unnamed supplier to presumably test it out.

The success and customer outreach for Apple has been boundless in the last few years, Apple has acquired a number of Augmented Reality-centric applications and software startups, and built a team of hundreds of augmented and virtual reality researchers, an indication that it’s been prepping for something like this for some time.

However, Apple may be exceptionally placed to one-up the competition. People actually do believe Ming-Chi Kuo, the so-called “best Apple analyst on the planet” who has precisely predicted an amazing number of Apple’s past moves. He believes that the company’s AR strategy may help it “leapfrog” the competition’s technology by three to five years. He’s predicting it will roll out an AR-specific device while simultaneously integrating AR into all of its core products, and even to other fields, including cars.