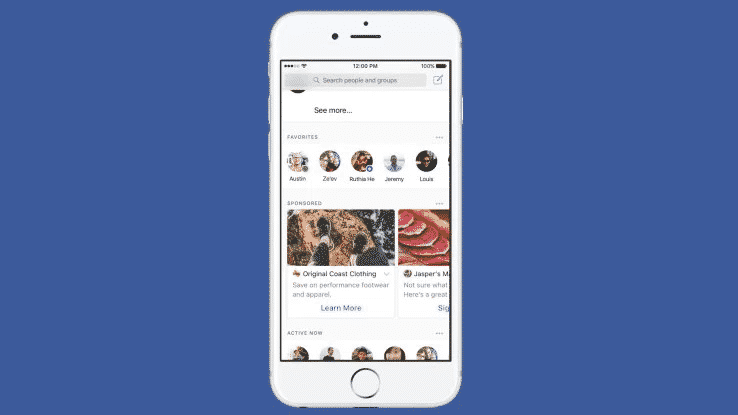 Facebook is finally testing out a major way to monetize the Messenger platform and that concerns ads. Quite sizable ones, which’ll sit below your recent conversations.

The social network’s messaging app will allow businesses in Australia and Thailand to advertise on the home screen. They’ll consist of an image followed by a text and a link.

The link can be configured by the business to carry out a number of actions, such as making an account, knowing more about the advertised product and more.

Currently the network only features sponsored messages which businesses can send to users if there’s an existing conversation between them.

For now you will only get messages from the businesses whom you shared a messaging thread with. You can block them from sending you sponsored messages if you don’t want to see them.

Ads Won’t Show Up in Your Conversations

Facebook is making sure that there are no ads hindering your conversations, which means the thing that matters most will remain as it is. However, by placing them directly below your recent conversations, you will likely encounter them several times a day.

According to the company, a billion or so messages are already sent between businesses and customers. Businesses themselves can’t promote their products by sending messages to consumers directly, so a conversation is only started once initiated by the user.

For now they are testing these features in the beta version of the app. You can expect to see these additions in the release version soon.

The messaging function was separated from the main app a while back and now with its billion or so users, Facebook is on a sure way to make Messenger a strong platform on its own.