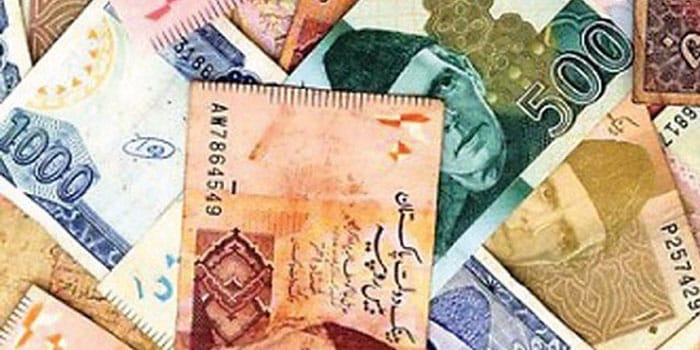 Even though most Pakistanis don’t submit income tax returns, the government has introduced so many withholding taxes and other measures to bring people into tax net that whether it’s a mobile charge or food at the restaurant, we’re still paying ample amount of taxes.

No matter which political party you vote for, these taxes worth billions of rupees are meant to help the country grow and to let the government start new projects with the tax payer’s interest in mind.

In an ideal world that is.

Unfortunately, this money is being wasted on politically-charged TV and print advertisements. During the annual budget period, a decent amount is put aside for disseminating  public service messages. That’s its real purpose.

However, more often than not, the government ends up using it on political campaigns either against their opponents or for self-promotion.

Most of us here can agree on one thing – that’s not what we pay our taxes for.

Use of tax money for political purposes, self-promotion or party promotion is wrong

Even the use of our taxes for the promotion of projects is wrong. If a government has completed some projects, they cannot promote their party by advertising those projects to gain political support. The problem is not limited to a single government or political party, though PML-N leads the charge with the heaviest media campaigns.

The federal government is the chief culprit here. First there were ads assuring us that electricity issues will be fixed, then came the ads targeting political opponents on various media channels.

Some examples of these include the anti-Imran Khan ads during the 2014 dharna, followed by heavy media campaigns supporting Ayaz Sadiq (private use), against the opposition’s rigging allegations and the Panama revelations.

These are political campaigns against the opposition or for self-promotion and that’s not a legitimate use of public money.

How Much Money Has Been Spent Recently for These Ads

Here are some shocking numbers for reference:

Note: All of the above numbers are based on the official figures given by the Ministry of Information.

The point worth noting is that 2016 seems to be a record breaking year in terms of government advertising on electronic media and newspapers.

Nearly all channels showed videos claiming innocence of the Prime Minister’s family. This was the worst case of misuse of public money as we do not pay taxes for the leadership to use on the defense of their family in the court of public opinion.

What is ironic is that the PML-N leadership had openly spoken against the misuse of government funds on media advertisements back when PPP was in government.

The issue is not limited to the federal government. Provincial governments have followed the lead and use the tax payers’ money to pay for political TV campaigns and self-promotion as well now.

Punjab leads the pack with most money spent on media campaigns and promotions, followed distantly by Sindh and KPK.

Sindh government uses paid ads to promote PPP and its initiatives. Back when PPP led the government, they too spent millions on paid ads against the opposition parties.

The KPK government also recently started a media campaign where it showed the projects completed by the PTI-led government. Once again a misuse of tax money for political gains. KPK has made a deal with three media companies to promote the government’s activities amongst the public.

It seems as though other provincial governments are following suit by promoting projects using government funds, simply because the issue has been neglected by the media (for obvious reasons) and the public. What is wrong is wrong and simply because one party is getting away with it doesn’t mean that it is right for other political parties to do it as well.

Regardless of which political party you support, the tax money is your money and should be spent on you and improving your surroundings.

At the end, we leave a question for our readers. ”Are the hundreds of thousands of rupees each of you (or your family members) pay each year as taxes for PMLN, PTI, PPP or any other political party to use for political gains or for leaders to use for personal publicity?”

Let’s have a productive conversation on the matter instead of resorting to instead of point scoring based on party allegiances.