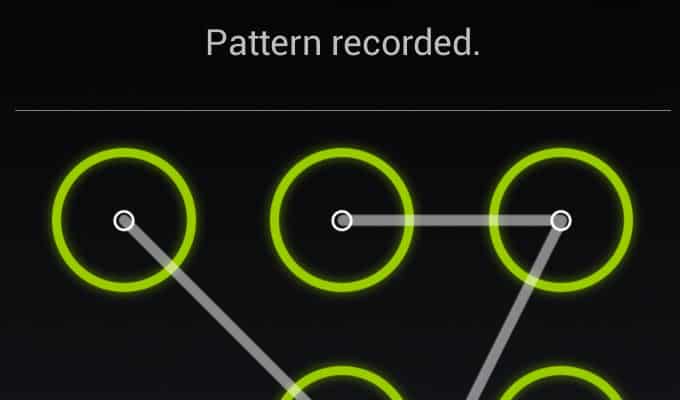 Researchers have found a new exploit which allows anyone with a camera to hack your pattern code. Basically, the idea is that if you unlock your phone while being captured on video, a hacker can subsequently gain entry in your phone with little difficulty.

The method, which is useful for pattern locks, is reportedly accurate enough to allow access to a phone within the 5 attempts allowed in Android, and had a success rate of almost 90 percent. Most of the pattern locks failed after the first try. What’s more is that a video of the pattern’s drawing itself is not required; even the motion of your fingers as you unlock is enough most of the time.

The researchers of Lancaster University, Northwest University and the University of Bath found that for it to work, the video recorder has to sit within 9 meters of the person unlocking their phone if the hacker has a DSLR. In case of a phone camera, the exploit works over a distance of 2.5 meters.

While it may not seem much, proximity is not much of an issue in crowded places such as cafes and classrooms. The researchers found that the more complex that the code became, the fewer the attempts it took to unlock the phone.

As a remedy, users can either hide their fingers while unlocking their device, or fiddle with their device’s brightness or screen color to fool a recorder. Similar ways of gaining entry in a phone are found for other security methods as well such as pins and passwords.

More details of the project will be released in the future. You can follow this link for a more comprehensive report.