The chaotic mess which we refer to as the “transport infrastructure” in Pakistan has always been poised for a big change, whether be at the hands of private companies or startups, or the government.

While Metro bus has managed to somewhat satisfy the transportation needs of a few cities in Punjab, most of Pakistan still remains in the dire need of a good commuting option. The situation has never been more ripe for startups like Uber and Careem, which have thrived and grown exponentially.

However, these too, are a little too expensive to satisfy the daily needs of a common man. The solution? Motorcycle-taxis! Not only are motorcycles incredibly inexpensive in terms of fuel consumption, but are also way more agile. They can weave in and out of traffic and make their way through small streets and bumpy roads, quickly taking you to your destination.

In traffic-ridden cities like Karachi and Lahore, they are simply way more practical than their four-wheel rivals.

At current, there are two motorcycle services operating in Pakistan. One is Cargar, already featured by us here at ProPakistani, and the other is a relatively new startup, known as Bykea. 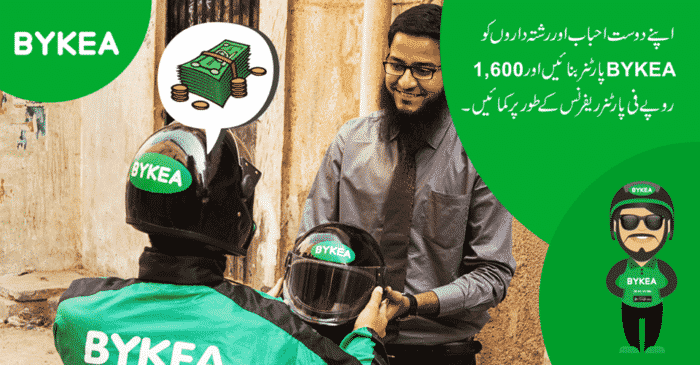 Bykea is a quick and efficient way to commute around the city and provides its services currently in Karachi and the twin-cities of Islamabad and Rawalpindi. They also plan to expand to Lahore soon.

Bykea is one of the cheapest ways to travel, coming in at a base price of Rs.30 and charging just Rs.4 per kilometer. Per-minute charges are also pretty reasonable, at just Rs.1 per kilometer. The complete charges for a ride are calculated by adding the total kilometer cost and the total number of minutes per ride to the base charge.

Along with transport services, Bykea also offers parcel delivery at the same rate. 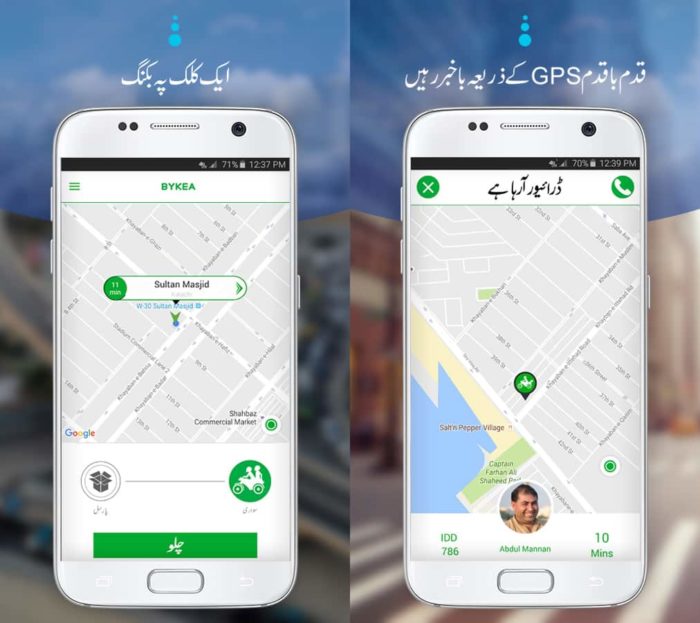 Booking a Bykea is almost exactly the same as booking an Uber/Careem. You can either book your ride from inside an app or drop a call at their specified number — 03111111700. Their app is currently available on Android.

The app may be lacking in terms of features, especially when compared to other apps from international players like Careem, Uber, etc. but it has also a unique advantage of its own. For ease of use for the general public, the app uses Urdu as its primary language, making it easily-understandable for more Pakistanis.

Bykea is open for anyone to join as a Partner, provided they meet a certain criteria. They offer up to Rs.1,500 per day and have daily training sessions from 8 to 11 in the morning.

Writer’s Note: I have personally used Bykea frequently over the past couple of weeks and have found it more than satisfactory. The riders appear respectable and well-mannered. Although I did come across a few complaints on their Facebook page about some reckless driving on the rider’s part, but I, personally, faced no such issues.

Started by a group of innovative entrepreneurs from Pakistan, Cargar introduced motorcycle-based taxi service in Rawalpindi and Islamabad last year. The startup aims to provide the cheapest option of hailing a ride by using bikes to keep the cost low.

Farhan Ahmed, the founder and CEO of Cargar, got this inspiration from Indonesia, where students have been using bike taxis to commute for quite some time.

Cargar charges only Rs.20 as a base price. However, their per-kilometer charges are considerably expensive when compared to Bykea; Rs.15 per kilometer. Cargar is currently only available in the twin-cities of Rawalpindi-Islamabad but has plans to expand to Lahore, Karachi, and Faisalabad soon.

Unlike Uber, they initially planned on working with only in-house bikes and being completely responsible for the vehicles and their riders. But they appear to have opened up a new “Become a Rider” form on their website.

One area where Cargar falls short is the lack of a native app for any Smartphone operating system, although an Android app is said to be in the works. For now, they only let you order a ride through their website.

Which service are you using for your transportation needs and why? Let us and your fellow readers know in the comments below.