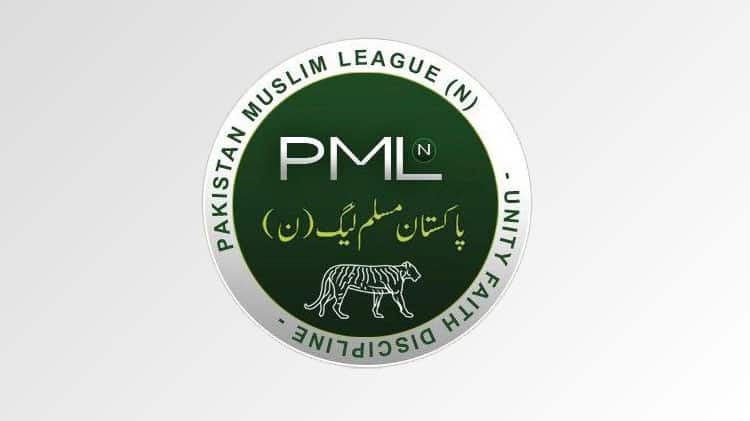 In a rather unique event, Punjab government made this graceful lady, Mrs. Zakia Shah Nawaz Khan, the minister for higher education in Punjab. But the problem is, she’s never studied beyond matriculation.

According to the government website, the lady never received any higher education, making it one of the most ironic steps undertaken by the government in the history of Pakistan. She has been on duty since 2016 at least.

Take a look at the image below: 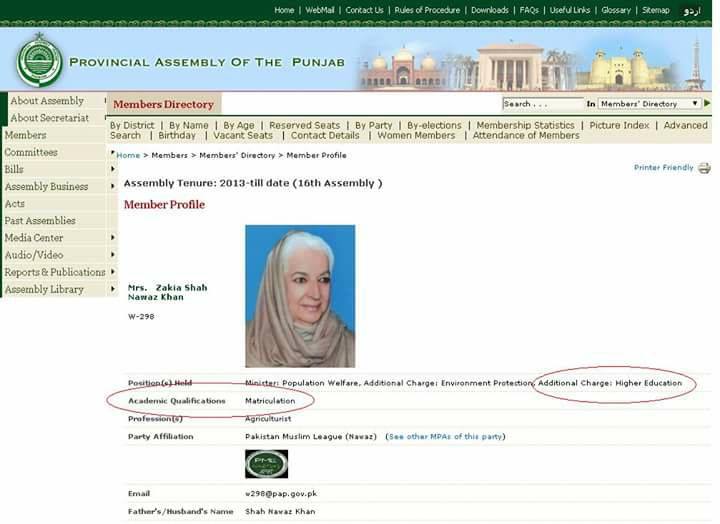 Not only was the lady the Minister for higher education in Punjab, she was also the minister for Population Welfare and Environment Protection.

And Now They are Hiding it!

After the news made it to social media, the Punjab government has been trying to hide the fact. So they have removed Higher Education Ministry from Mrs. Zakia’s profile to ease things up. Here’s the live link available. 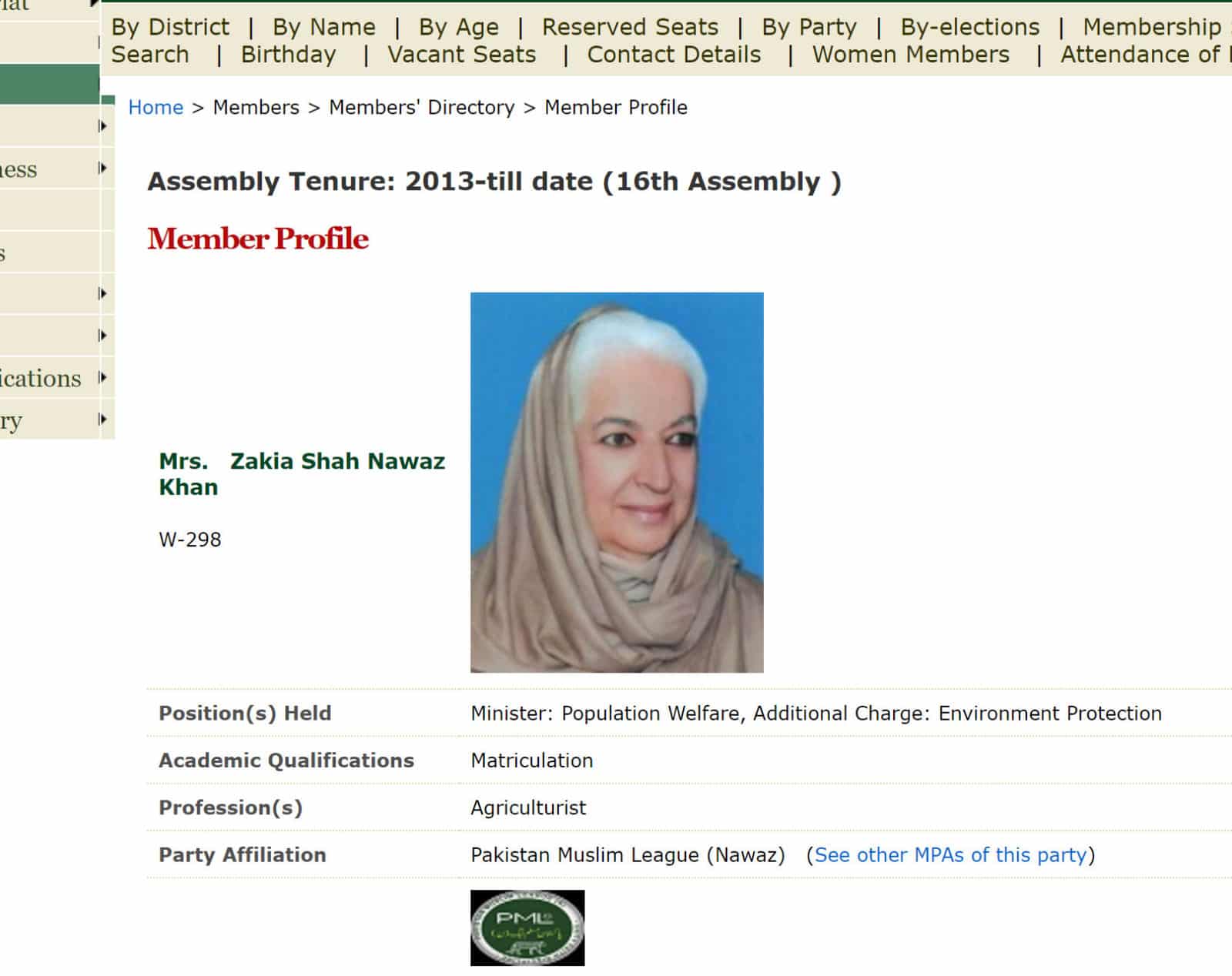 However, unfortunately for PML(N), there’s a service available that keeps record of almost every web page on internet.

You can go and check history of the Punjab Government website’s achieve from August 16th, 2016 and see the wonder yourself by clicking this link. 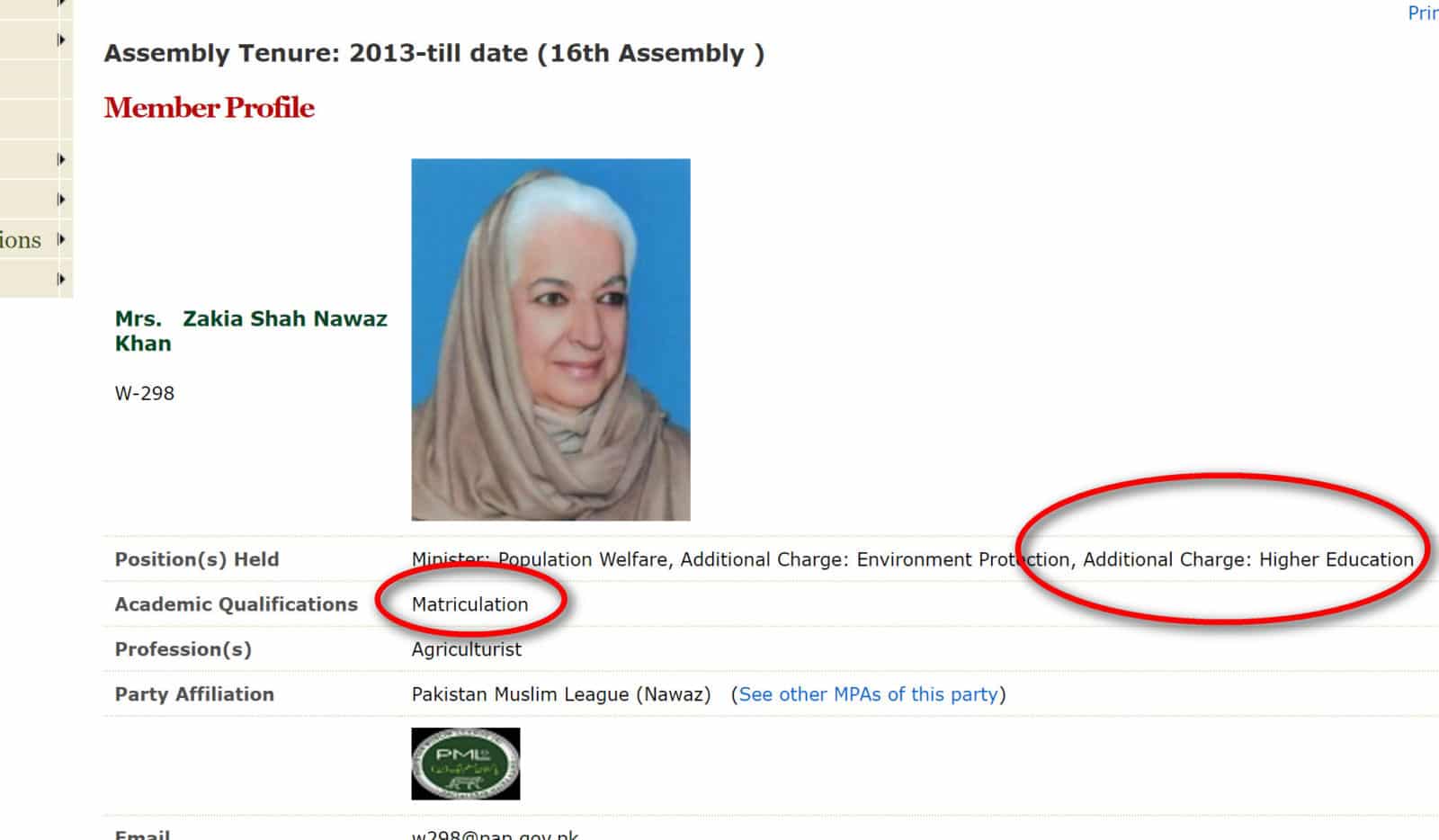 Screen-grab from Archive.org from August 16th, 2016

None of the government officials have made any comments regarding the matter nor has there been any press release.

Zakia Shah Nawaz Khan also has not made a public appearance since this news went viral on the social media.

Zakia Shah Nawaz Khan belongs to Isa Khel, Mianwali. She is affiliated with PML(N) and is an MPA of the Punjab Assembly.

Her bio says that she studied at St. Denys School Murree and Queen Marry College, Lahore. Previously, her father and two brothers have also held the office as an MPA.