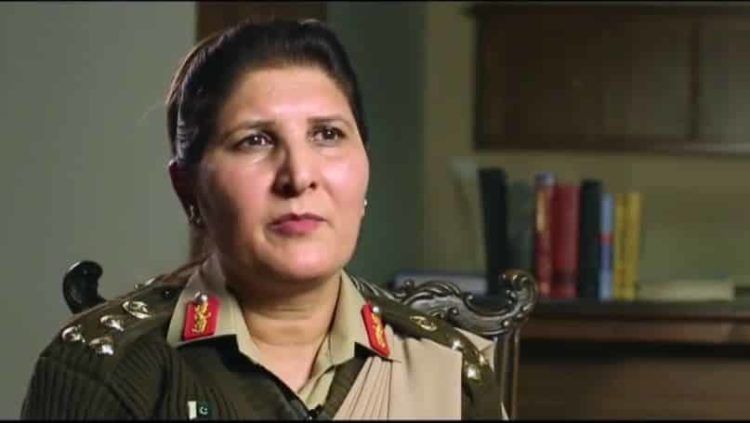 Mrs Nigar Johar becomes the third Woman Officer in the history of Pakistan Army to reach the rank of Major General.

Brigadier Mrs Nigar Johar was among the 25 brigadiers who were recently promoted to the rank of major general. She belongs to the Army medical Corps and has progressed over the years to reach this milestone.

The lady Major General belongs to the Panjpir village in the Swabi district. She is the daughter of Colonel Qadir, who served in the Inter-Services Intelligence (ISI) and is the niece of Major (R) Mohammad Aamir, a former Pakistani Army officer who served in the ISI as well. Both her parents died in a car accident 30 years ago.

Read More: This Brave Pakistani Lady From KPK Is A Member of the Bomb Disposal Unit

Swabi has had some very noticeable male generals in the past but it is the first time that a woman has reached the status of such a highly ranked army officer and come from Swabi.

Mrs. Nigar Johar goes on to show that women have a major role to play in Pakistan’s defense as well as its progress. And that there is always room for a person to grow regardless of which place you belong to or whether you are a man or a woman.

Recently, a lady became the first Pakistani woman to be a part of the bomb disposal unit. Her example has led 11 others ladies to join the squad. Similarly, Nigar Johar could prove to be a role model for women in the army.

Pakistan has always been the trend setter with regards to women and their highly influential positions. Fatima Jinnah played a crucial role in the independence of Pakistan and even competed against General Ayub Khan, during his dictatorial rule, in a controversial election. Benazir Bhutto was the first female Prime Minister amongst all Muslim nations. Both of these women are still considered amongst the most influential women in the world.