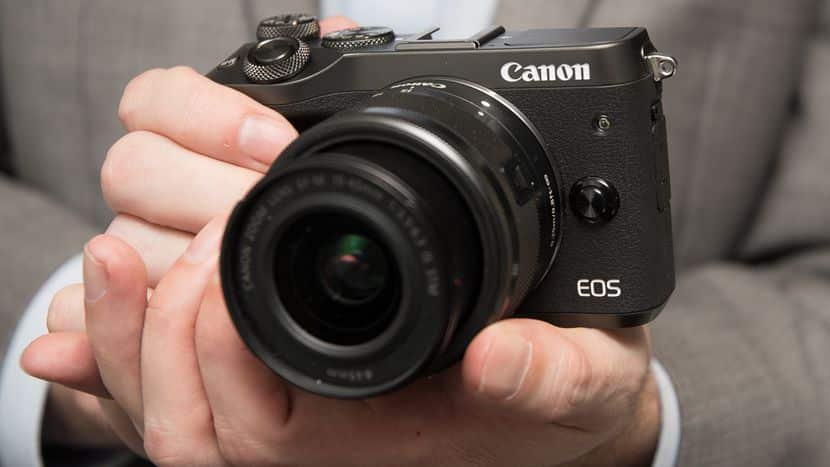 Canon has unveiled a brand new mirrorless camera with the successor to the popular EOS M5, the new M6, although it misses out on a few features.

The most apparent feature lacking here is the absence of a viewfinder, something which the M5 used to have. The M6 also doesn’t shoot 4K video. However, not many people should mind that given Canon’s significantly-higher focus on still images.

Where it does lack, the M6 more than makes up for. What it has is a 24.2-megapixel APS-C CMOS sensor, ISO range between 100 and 25600, Dual Pixel CMOS AF for faster phase-detection autofocusing, and the DIGIC 7 image processor.

Continuous shooting mode goes all the way to 7fps (or 9 with AF lock), while videos of up to 1080p resolution can be shot at 60 frames per second.

Canon is announcing an upgraded 2.36-million dot EVF-DC2 viewfinder accessory for the M6, costing $250. Those preferring a nostalgic touch will appreciate its retro styling and a combination of 5 dials to tinker settings through.

Connectivity options are rather well-covered with Wi-Fi, Bluetooth and NFC. A dedicated app on Android and iOS allows you to control the camera remotely. Battery is said to last through an impressive 295 shots.

The M6 is lighter than the M5, and comes with a 3-inch touchscreen which can tilt by up to 180-degrees and down by 45-degrees. You can’t use it for self-portraits if you have the EVF accessory attached though.