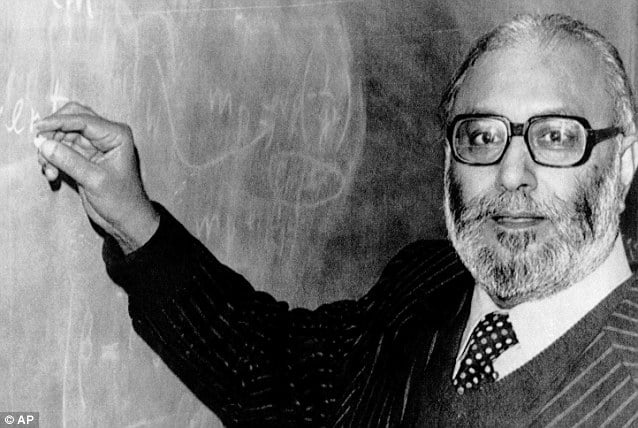 Good news for aspiring writers, especially those who wanted to try their hand at weaving sci-fi short stories. The Salam Award is inviting creative storytellers in the making to get their voice heard far and wide.

The Salam Award for Imaginative Fiction has been appropriately named after the renowned Pakistani physicist Dr. Abdus Salam, who also won the Nobel Prize for his contributions to science. This award was just launched in February 2017, aiming to promote Sci-Fi and related genres of writing in Pakistan. The Salam award is accepting submissions from Pakistani authors for Sci-Fi stories written in English.

The competition will be taking submissions from aspiring writers all over Pakistan. A panel will be reviewing all of the received submissions, with the winning story winning PKR 50,000. Marketing advice for writers will also be offered along with a potential publication opportunity.

The deadline for the submission of initial drafts is 31st July 2017.

The cash prize of Rs 50,000 is just a small part of the reward. What this award can do is propel the writer of the winning story into the limelight in just a few short weeks.

The winning story will also be reviewed for possible publication in a high tier science fiction magazine by Ann VanderMeer. In addition to this, Seth Fishman, who is a literary agent for The Gernert Company, will review the story for market guidance.

The Salam team is waiting to be surprised. Tehseen Baweja, the mind behind Salam Award says,

We believe the tiny publishing industry in Pakistan has failed to cater to a wide variety of fiction writers in Pakistan, especially the speculative. The speculative stuff that does get published is often restricted to Djinns and magic and is mostly in the context of religion.

We hope that encouraging English language writers to write in this genre would produce a much needed wider variety and allow us to enjoy fresh ideas that meet at the intersection of Pakistani culture and speculative fiction.

The awards founder, Tehseen Baweja, works as a consultant during the day. He takes frequent breaks from work to focus on his dream projects – The Salam Award for Imaginative Fiction and Project-Dosti, for bringing everlasting change.

Baweja is currently based in Texas with his family. He has received support for this initiative from Desi Writers Lounge’s co-founder and award-winning author Usman T. Malik.

Here are the members of the jury who will be reviewing the submissions made to the Salam Award:

How Writers Can Apply For The Contest

All the writers across the country are encouraged to submit their fictional stories before the deadline i-e. July 31st 2017.