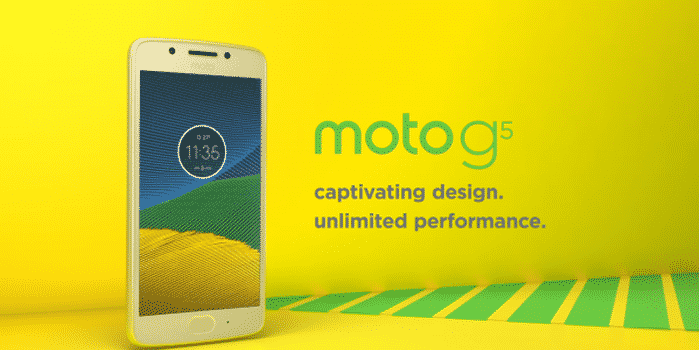 Motorola (say Lenovo) has announced the next generation of the revolutionary Moto G which introduced the bang-for-buck to the smartphone world. It has been five years since then and we are version five of the Moto G – Moto G5 and G5 Plus.

Both share the same design and metal build, though one is bigger and boasts more power than the other. It’s the first time a Moto G is getting metal treatment.

Moto G5, as the name suggests, is the smaller sibling. It comes with the same metal design but with a 5-inch FullHD IPS display covered with Gorilla Glass 3. To keep the costs down, Moto went with a sleek blend of plastic and metal which still looks quite premium for a phone in this price range. To top it off, Moto has added a water-resistant coating on top as usual so you can stay worry-free in case a liquid spills over your device.

It is powered by an octa-core 1.4GHz Snapdragon 430 supported by 2GB or 3GB of RAM. There’s 16GB or 32GB of expandable storage on board too.

The camera received the major upgrade now boasting a 13MP shooter with f/2.0 aperture and phase-detection autofocus. It comes with the same bold look as the premium Moto Z series. At the front sits a 5MP f/2.2 wide-angle front facing camera.

This year the basic G5 gets an under-the-glass fingerprint sensor too. Too add to it, it can be used to replace the on-screen button by enabling swiping gestures with a tap for Home, swipe left for Back and swipe right for Task Switcher.

Battery capacity is listed at 2,800mAh and astoundingly, it is removable despite the metal back. The phone can be charged with the bundle 10W charger. On the OS front, you get Android Nougat out of the box. There’s dual-SIM support as well.

Pricing starts at £159 for the 2GB/16GB version and £169 for 3GB/16GB variant though higher storage variants will cost more. 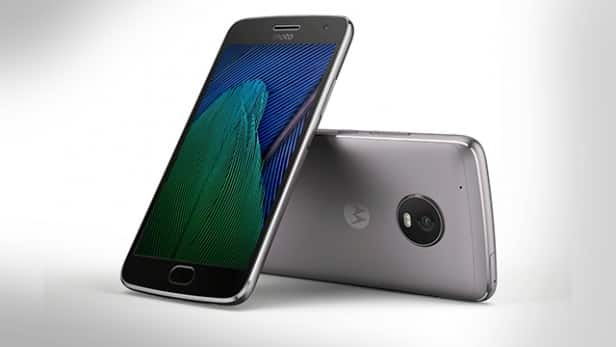 The bigger sibling comes with everything the smaller ones boasts and gets some noticeable improvements over the G5. For one, the display is now bigger, but not too big. It stands at 5.2 inches and comes with the same 1080p resolution. This size is much easier to handle too while the build is almost entirely similar to the G5 with a little bit more metal and finer construction.

More importantly, the Moto G5 Plus comes with Snapdragon 625. It’s still octa-core but clocked at 2GHz. You also get a better GPU chip alongside 2 to 4GB of RAM. Storage varies from 32GB to 64GB and is expandable via a micro SD card.

Even though the G5 Plus has a lower-res 12MP camera, it is without doubt superior to the one on the G5 since it comes with bigger pixels and a higher f/1.7 aperture much like last year’s flagships (reminds us of the Galaxy S7 Edge). It can even record 4K video unlike the G5 which is limited to 1080p. There’s dual focus pixels for phase detection autofocus on the G5 Plus. The G5 Plus also comes with a slight camera bump at the back. The front camera is the same 5MP though.

You also get a similarly placed fingerprint scanner with the same swiping gesture support in case you want to use the 5.2 inches of your screen by disabling the on-screen buttons.

There’s a larger 3,000 mAh battery in the G5 Plus though it’s not removable. It supports Motorola’s TurboPower charging for quick top ups as well. The phone comes with Android Nougat and there’s dual-SIM support too.

Pricing for this one starts $229 with the 2GB/32GB variant and $299 for the 3GB/32GB variant. The higher RAM and storage will be available in certain markets and price will vary based on the specs.