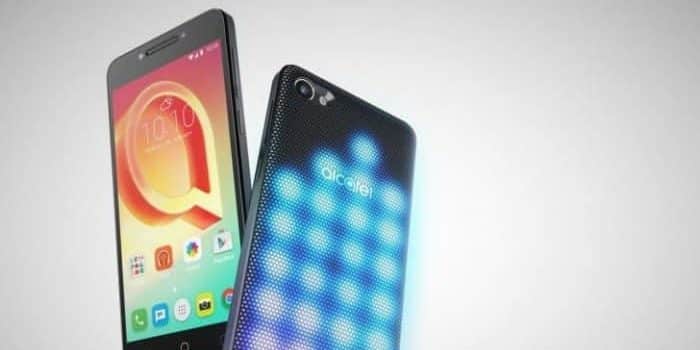 We have seen a lot of smartphones make their debut at the Mobile World Congress (MWC) this year. Some are flagships boasting the leading, bleeding edge specs, some are mid-range devices and there are those that can be considered a major throwback.

But you know what’s not a common feature in all of them? Flashing LEDs on the back for notifications. That’s right, such a phone does exist and it goes by the name of Alcatel A5 LED.

The A5 LED is a mid-ranger and comes with okayish specs too. Up front you have a 5.2-inch display that has a resolution of just 1280×720. Inside, you’ll find 2GB of RAM along with an octa-core processor that is clocked at 1.5GHz. The camera on the rear is 8MP whereas it is a 5MP unit on the front.

But this phone isn’t about the specs. The A5 LED features a back panel that is entirely covered in LED lights. You can have the back panel work both as a notification light and a music equalizer.

Say that for some unknown reasons you have phone placed upside down on a table, you’ll still be able to identify and distinguish between different notifications on the basis of the color of the LEDs. The LEDs light up for receive missed calls, messages, alarms or other alerts. You can also associate the light to different sets of notifications and functions.

The LED lights are not a dealbreaker for anyone and if you don’t like them, they can simply be removed since they are not part of the phone but actually a back panel that can be snapped on or off. While other manufacturers are racing towards making phones thinner and larger, it’s nice to see some manufacturer trying to take a fun approach once in a while and not follow suit like everyone else.