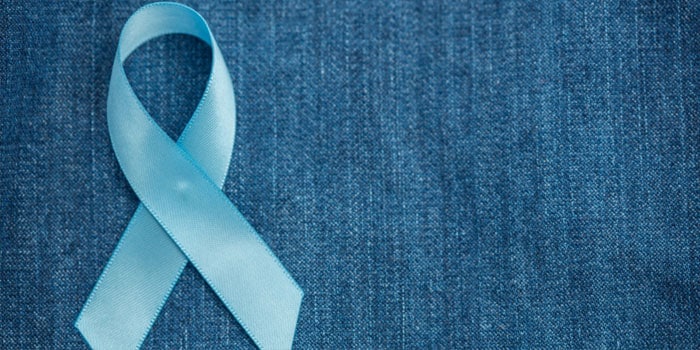 While the news of the inauguration of third Shaukat Khanum Memorial Cancer Hospital (SKMCH) in Karachi was welcomed, one has to think about the disease which has been rampant since the 1940s.

Knowing the preventive measures for any disease is the key factor in its control & management. Considering that over 60% of the total population of Pakistan lives in rural areas, the chances of a common man having knowledge about cancer and its risk factors are very bleak. Even if you live in the city, you might not be aware of what causes this disease and preventive measures.

So let’s have a revision about cancer.

Cancer as defined by American Cancer Society (ACS) is a group of diseases that occur due to unchecked abnormal growth of body’s cells which spread later making the immune system so weak that it is impossible to fight back.

How Does Cancer Spread?

Every one of us is already aware of the fact that our bodies are made up of cells. Among the cells a check system exists which connects the cells with each other. Via this system, neighboring cells keep an eye on each other’s well being.

In normal circumstances when a cell starts to grow uncontrollably, its neighbor cells detect this suspicious activity and destroy that cell. Cancerous cells first cut off this relationship of harmony among the cells which results in their unchecked growth.

It’s like a strategy of divide and conquer being played on a cellular level.

How Many People Does Cancer Kill Every Year?

In the most recent press releases, WHO indicated that over 8.8 million cancer deaths occur every year.

In Pakistan, the number of people diagnosed with cancer each year are increasing. A cancer mortality rate of 100,000 is itself proof of the devastated state of public health facilities. Being from low-middle income country, we don’t have much resources to treat such a huge number of cancer patients.

According to International Atomic Energy Agency cancer assessment mission report (IAEA) dated 4th Feb 2016, 150,000 new cases of cancer are emerging in Pakistan every year which were 140,000 in 2015 as per the Ministry of National Health Services, Regulations and Coordination (NHSRC) figures.

To establish a national cancer action plan for prevention and control, in 2015 NHSRC launched the national cancer registry programs in major private and public hospitals through Pakistan Medical Research Council (PMRC). The purpose of Cancer registry program was to gather data regarding “all-cancer” types and demographic of the neoplasms so that our health systems can be tailored.

Number of Cancer Hospitals in Pakistan

There are currently 21 Cancer hospitals offering their services in Pakistan. 7 cancer hospitals are working in Punjab, 5 in Sindh, 5 in KPK and 2 each in Balochistan and Gilgit Baltistan. Cancer treatment is expensive and only Shaukat Khanum Memorial Cancer Hospital(SKMCH), Bait-ul-Sukoon Cancer Hospital and Children Cancer Foundation Hospital are providing free and comprehensive treatment plans.

Other hospitals do offer free /subsidized treatment plans through zakat funds or bait-ul-maal but acquiring treatment from these channels is a lengthy and tiresome process as applicants are more than government’s capacity.

What Are The Risk Factors For Cancer?

According to WHO guidelines, below are the risk factors for cancer:

How To Counter These Risk Factors

Cancer advocacy plays a vital part in combating this deadly disease. Educating the public about the risk factors and early signs/symptoms of cancer is of prime importance.

As per guidance of WHO, the early diagnosis of cancer decreases the overall treatment cost and early identification means a higher chance of it being cured as well. There needs to be an emphasis on access to basic screening tests and treatment at subsidized rates as unavailability of these facilities at low cost is one of the many reasons people don’t go the doctor in the first place.

Proposed by American Cancer Society (ACS), on the appearance of these early signs & symptoms of cancer one should contact a healthcare provider:

The signs & symptoms of cancer are not limited to the above ones. If any noticeable change within the body takes place and gets worse with time, one should immediately seek medical help.

In green leafy vegetables like spinach, cabbage, kale and brussels sprouts, glucosinolates and indoles are present in abundance.

All these phytochemicals act as an anti-oxidant. Oxidation is a chemical process which produces free radicals in our body. These free radicals play the role of carcinogens by creating the faults in cell growth pathways which leads to the birth of cancer.

Anti-Oxidants work against oxidation resulting is less free radicals in our body. These anti-oxidants act as an immunity booster. In general, they detoxify carcinogens, inhibit cancer cell growth, downgrade inflammation and tumor size and limit production of cancer-related hormones.

ACS guidelines on cancer prevention strongly suggest that adults involve themselves in 150 minutes of moderate intensity physical activities each week and for children /teenagers it is 1 hour of exercise each day.

Apart from smoking and inactivity, cancer triggering eatables are the major cause of cancer. They are in our daily diet and we don’t even realize it. American Cancer Society identified 9 categories of cancer causing food which have become an integral part of our busy and fast moving lives.

Exercise itself lowers stress levels by producing endorphins which are known as happy hormones. Physical activity curtails obesity and harvests a sense of wellbeing cutting the risk of cancer.

From 1990 to 2016, the cancer mortality rate in Pakistan actually increased. As a UN member, Pakistan has agreed to reduce premature deaths from cancer by 33% by 2013 as part of the sustainable development goals (SDG).

This kind of target seems a bit unrealistic to achieve considering present facts & figures. To achieve it, we need strong engagement from everyone from healthcare professionals to common men.

We as a nation need to be more vigilant and proactive about non-communicable diseases (NCDs) like cancer rather than declaring them an act of God and leaving it to faith. Change begins with yourself.