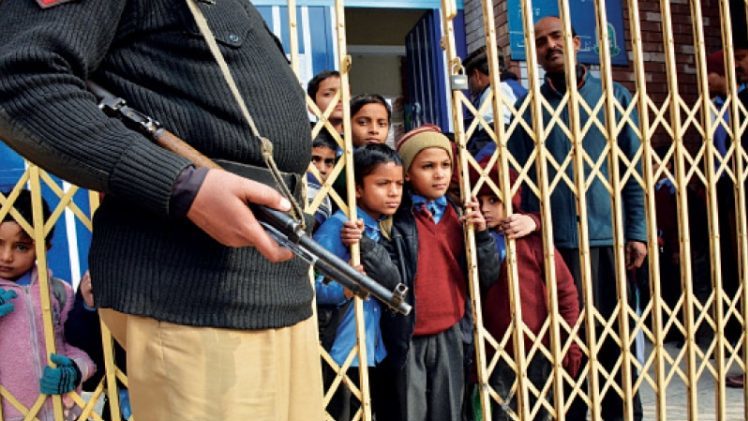 At a meeting on Thursday, Punjab government decided to fully implement the new security plans for educational institutions. This is a much needed step after the recent wave of terrorist attacks all over the country and especially keeping in mind the Peshawar APS attack in 2014 which left more than 200 people dead.

The meeting was held at the School Education Department (SED) and reviewed by officials for both private and public schools.

The security plan implemented earlier right after the APS attack has three phases. If these phases are properly implemented, only then a school is granted clearance to operate.

These security phases are:

However, fearing more attacks on schools, the government has decided to further enhance the security system in the country to ensure the children’s safety.

The Minister of Punjab School Education, Rana Mashhood, said that the provincial government was in the process of implementing a method through which educational institutions would be supported in the beefing up of their security systems. All private and public schools have been ordered to ensure the proper update to their security systems to prevent any future attacks on the next generation of the country and to ensure their safety.

Furthermore, proper screening and monitoring of teachers, students, van drivers, and people who come to pick and drop the students from the schools is also required. CCTV cameras and careful monitoring of everything is an integral part of the security provided at the schools.