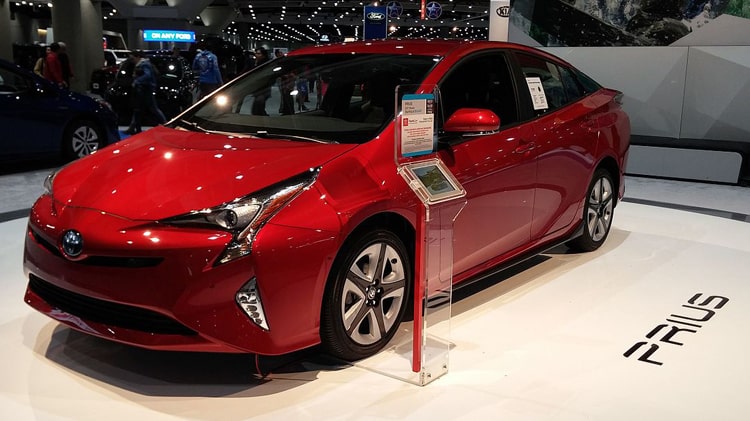 In recent times, various imported hybrid vehicles have gained a reputation in Pakistan and Toyota is hoping to maintain its lead with the new Prius. Companies like Toyota spend a fortune on promoting their brand and latest releases. However, the launch of all-new Prius did not receive any attention as the company quietly updated the Prius models it was selling in Pakistan.

For those who want to know what the new model looks like, here’s your first look at the Toyota Prius 2017:

According to the company, Prius comes in three variants with two trims in each grade. However it is still unclear which of them will be released in Pakistan.

Here are some of the features that the newly redesigned Prius will sport:

Under the hood, the new Prius packs an updated but highly efficient 1.8-liter 4-cylinder engine paired to an electric motor that generates 121 of combined horsepower. The vehicle achieves a combined rating of 52 mpg thanks to a new battery pack. The base Prius Two feature a nickel-metal hybrid battery whereas all other trim utilize a new lithium-ion battery, weighing less and carrying more energy.

The updated design of the Prius is much different from the 2016 model. There seems to be a lot of effort put in to make the new Prius look different from the older versions. However, not everyone is a fan of the newer front look of the car.

The front of the car features a lower and a sleeker nose with odd-shaped fog lights. On the back of the car, it seems like a jumbled mess and is not pleasing on the eye. However, the design is a subjective matter so maybe some people prefer a design like this.

However, the Prius does marginally better in the performance sector. The vehicle is packed with a number of new efficiency boosting technologies, which improve the overall essence of the vehicle. Top speed in EV mode is estimated to be around 84 mph, compared to previous models which were clocked at 62 mph.

2017 Prius has improved substantially with regards to providing better comfort to the drivers and passengers. The interior comes in two different flavors; two-tone beige and gray upholstery.

The front seats provide much better back support and has better shaped cushions. Additional soft-touch material is used inside of the car along with hard plastic, which does not feel cheap.

The interior is spacious and ergonomically designed for comfortable driving. Prius has keyless entry and starts via an electronic key, like most of the latest cars. To provide effortless control, Toyota has introduced steering wheel switches which enables drivers to keep their hands on the steering wheel at all times.

Prius also offers Driver Switch Mode which can be connected to portable music devices. Toyota have replaced the main panel with a touchscreen, which is ‘ultra responsive’, according to the company. The screen is a sleek 7-inch panel with drag and flick controls.

Overall, the interior has a much compact and a cleaner look.

The latest addition to Toyota fairs extremely well when it comes to safety and protection. Toyota has provided several features in the new Prius, which include: 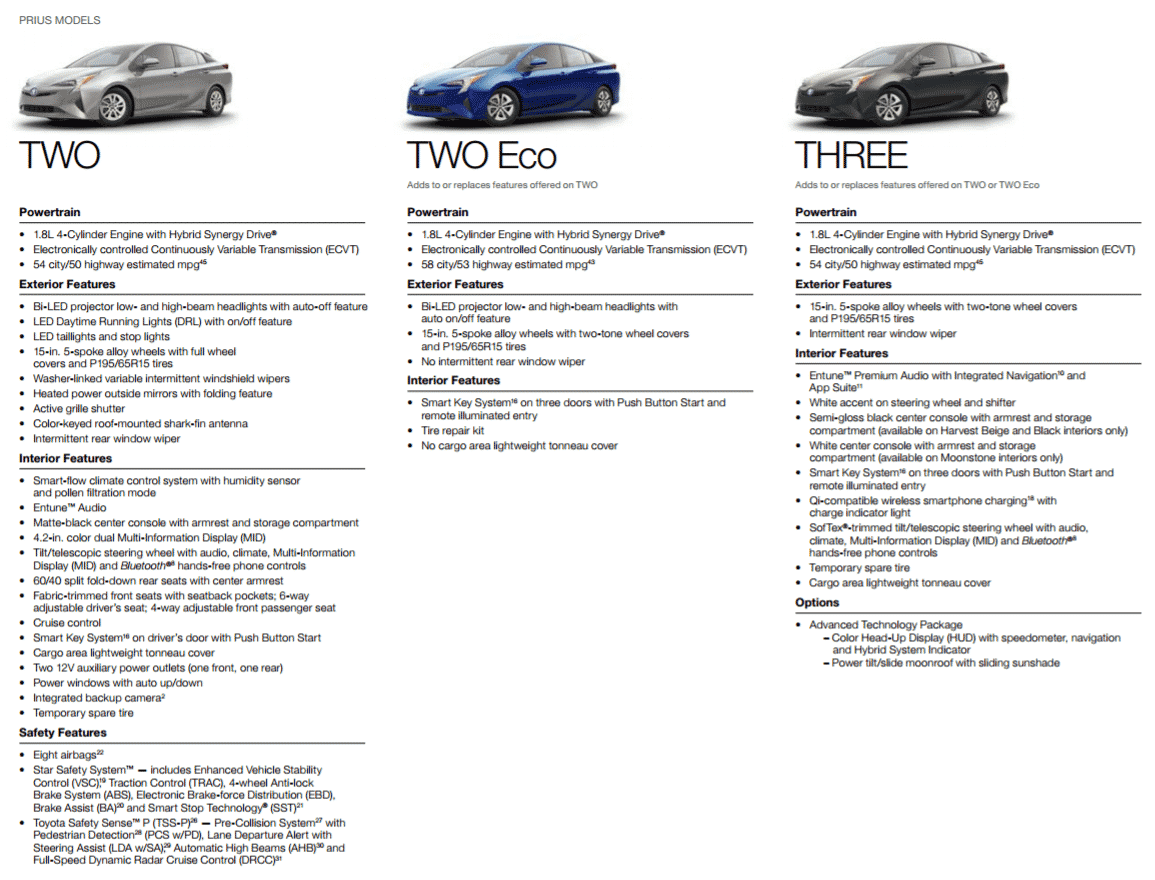 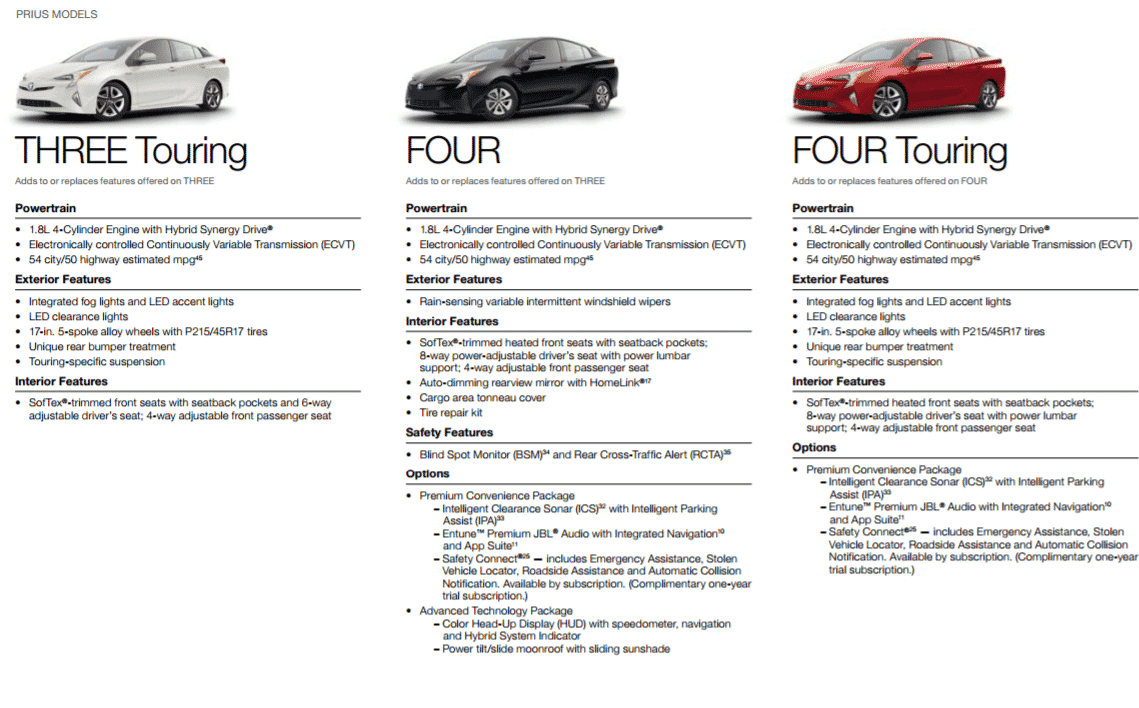 The Prius is expected to cost around 4,499,000 rupees, according to various sources and it will be available in seven different colors.

For more information, you can download the Prius brochure here.