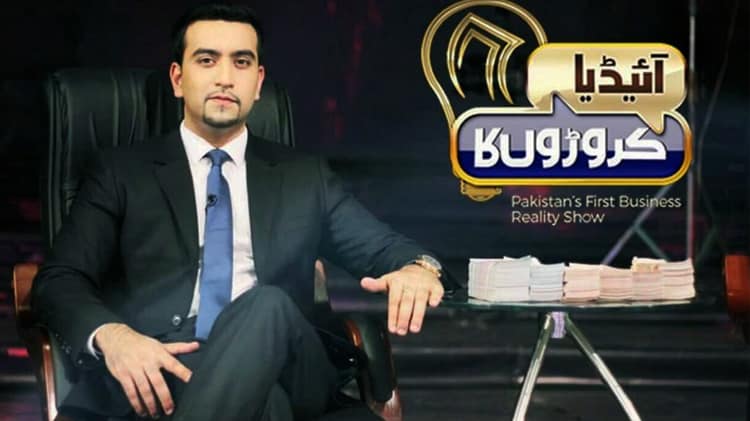 To add to the hype of Pakistan’s first ever business reality show called Idea Croron Ka (ICK), Neo TV has decided to launch a special episode a day before the pilot airs. The special episode will be live on 17th March whereas the pilot will air on 18th March from 7pm to 8pm on Neo Network.

Neo TV has launched ICK in collaboration with Chaudhry Muhammad Akram Centre for Entrepreneurship Development (CMACED) to enhance and promote the entrepreneurial culture in Pakistan.

ICK will also give the entrepreneurs a TV platform to deliver their ideas to the business community, investors and business tycoons who will analyze their ideas and will assist them in scaling it into a reality.

ProPakistani conducted an exclusive interview with the content producer, Nabeel A. Qadeer, who is also the anchor for ICK.

What was your motivation behind starting this TV show?

How do you think this can impact the lives of masses of Pakistan?

Looking at the unemployment rate in the country, it is evident that it is not only the uneducated class that is jobless but also the young graduates who waste years in finding a suitable job. Thus this show is set to benefit everyone who wishes to live their dreams of starting their own thing and not only about promoting entrepreneurship amongst the educated class.

Since this is an entirely new concept in Pakistan, do you think this will work with the kind of audience we have?

Yes totally. We have to start from somewhere. Bringing a new culture and spreading the awareness amongst the masses is always a challenge. 4 years ago when we were bringing the startup culture, we got a lot of retaliation but here we stand today, with the mushroom growth of incubators and startups emerging from every nook and corner of the country.

If that can happen, I have complete faith that people will show a lot of support to this one of its kind TV show. It may take some time for people to understand the concept but I foresee multiple TV channels following suit and initiating their own business reality shows. That is what I aim for. For Pakistan to grow together as an economy and for us to support every good initiative that positively contributes to the future of this country is the best thing that can happen through this show.

What is the one best thing about this TV show?

Amidst the prime time dramas most of which have no moral and the political tension gripping the nation, ICK is emerging to be a show that is meant to spread ‘hope and positivity’ among the nation. While this may be the best thing, I would also like to appreciate the core team of ICK, from the crew to investors and mentors, everyone has given their finest to bring the best out of this show.

I am truly heartened by the support tech industry has extended to me and extremely thankful to people like Dr. Umar Saif and Naeem Zamindar whose fundamental support and advice has helped me pull of, which now is looking like a good TV show.

Where do you see it going in a year’s time?

As I already mentioned, I see many other channels following suit. More and more startups focusing on solving different problems and exploring multiple domains is what I foresee and what I aim for. Pakistan’s youth is what is going to change the fate of this country and putting them in the right direction is what I’m going to do through this show.

Most people think this is Pakistani version of Shark Tank? Is it?

Well yes, the core concept originated from there however we have localized it in many ways. We have added two new segments where we feature small scale entrepreneurs who have seen many hardships in life and even though they are still struggling but they are not giving up. We also have a segment where we bring successful entrepreneurs who like everyone else went through struggles but today stand successful in their domain and have made their mark. Both the segments aim to motivate the audience that if they can do it and come this far in their journey, so can everyone else. Thus, while some parts of the show are similar to Shark Tank, others are localized to cater to our national audience.

Stepping into sedia is entirely different from what you have been doing previously. How has your experience been so far?

True. This is an entirely different domain and while I have had my fair share of difficulties in executing it on screen, which you might notice as well in a few earlier episodes, I have worked very hard in sending my message across. This is a medium that caters to masses and I believe it is the best medium to highlight our real heroes. So yeah, so far so good, but you keep learning as you grow and I am open to feedback.

Some advice that you would like to give to the budding entrepreneurs?

There are multiple things that I have learnt throughout my entire journey and I wish to share all my experiences with the aspiring entrepreneurs so they may also learn a thing or two. On top of my mind, there is one major advice that I want to give to not just the entrepreneurs but everyone who is reading this right now:

To find more about the show, visit Nebeel’s Facebook page.