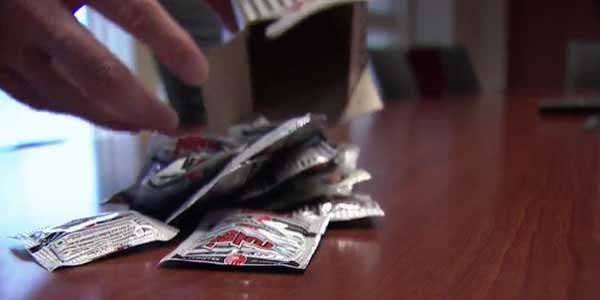 The United States Police Force in Columbus, a city in the state of Ohio, has recently found a new ‘drug’ that they claim is causing students in high school to get high. These students mostly belong to Reynoldsburg High School Summit Campus.

And this ‘Pakistani drug’ is none other than the pan masala product “Tulsi”, a sort of betel nut that is popular with Pakistanis and Indians back home.

US health officials have warned the Police Force of the city to be on the lookout for this new drug that could be causing the students to get high.

This is a different conclusion from the World Health Organization’s label of the product being a carcinogen. Fox News has further reported that it is the police who have stated that teenagers are using this product to merely get high if they cannot get their hands on any mainstream drugs.

According to the police, the students they caught chewing this betel nut seemed visibly ‘off balance’. The WBNS-TV reported that although this might have been going on for some time, the matter was actually given importance when students were caught using this on the campus of Reynoldsburg High School and the Reynoldsburg police was informed about it.

However, is the product really causing students to get high?

Tulsi is used by millions all over Asia in different regions (especially in the subcontinental region as we are aware). These betel products also contain tobacco at times and areca nuts are wrapped in betel leaf and then chewed. However, it is not considered a drug at all by the millions who consume it everyday.

But this isn’t to say that this hasn’t caused oral cancer among people. Betel nuts and pan (areca nuts wrapped in betel leaf) have tobacco and other substances in them that cause mouth cancer and tooth decay.