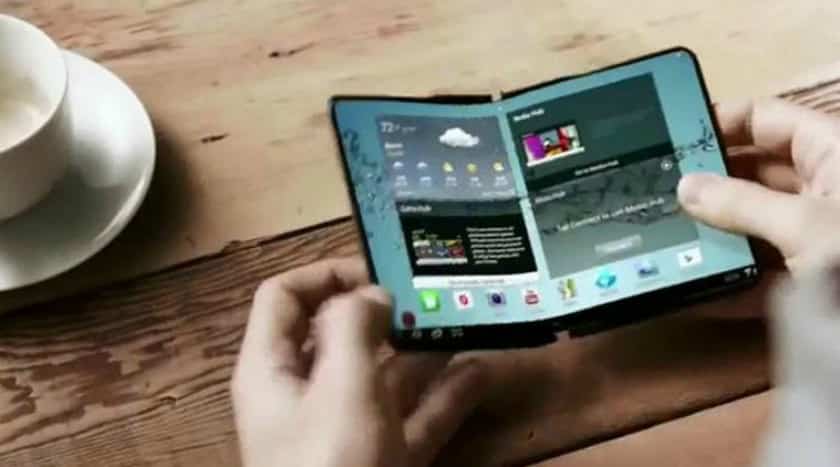 It’s slightly weird to see the hype building for Samsung’s upcoming flagships, when we know there is so much more cool stuff out there. After all, how interesting can a phone be with just about a slightly enlarged display and narrower bezels? Pretty typical right?

According to The Korea Herald and ETNews, both Samsung and LG are reportedly prepping foldable phones for release somewhere later in the year. Both these projects have been dubbed as “Galaxy X” and “Project Valley”, respectively.

Samsung, according to the report, is working on a phone plus tablet combination with a hinge in the middle, which will be used to house a 7-inch tablet. For convenience, it also a added an external display as well. Over hundred thousand units of the device are said to be under production, with a potential roll out to suppliers in the third quarter.

According to the report, what worries Samsung is the fear of losing the moniker of “world’s first foldable smartphone” to a Chinese company, many of which are already working on their own solutions.

LG, who is said to be working for clients, could launch the same number of devices by the fourth quarter. Both companies have been working on similar technologies for long, so it perhaps won’t be too out of the ordinary to expect a limited roll out later in the year.

It is still not likely that the phones will hit mass production until 2018.

Earlier, Bloomberg reported that such a product was to be shown at the MWC in Barcelona, but we know such a thing did not happen. For all we know, it might not even happen. Lets take this one with a pinch of salt at this point.